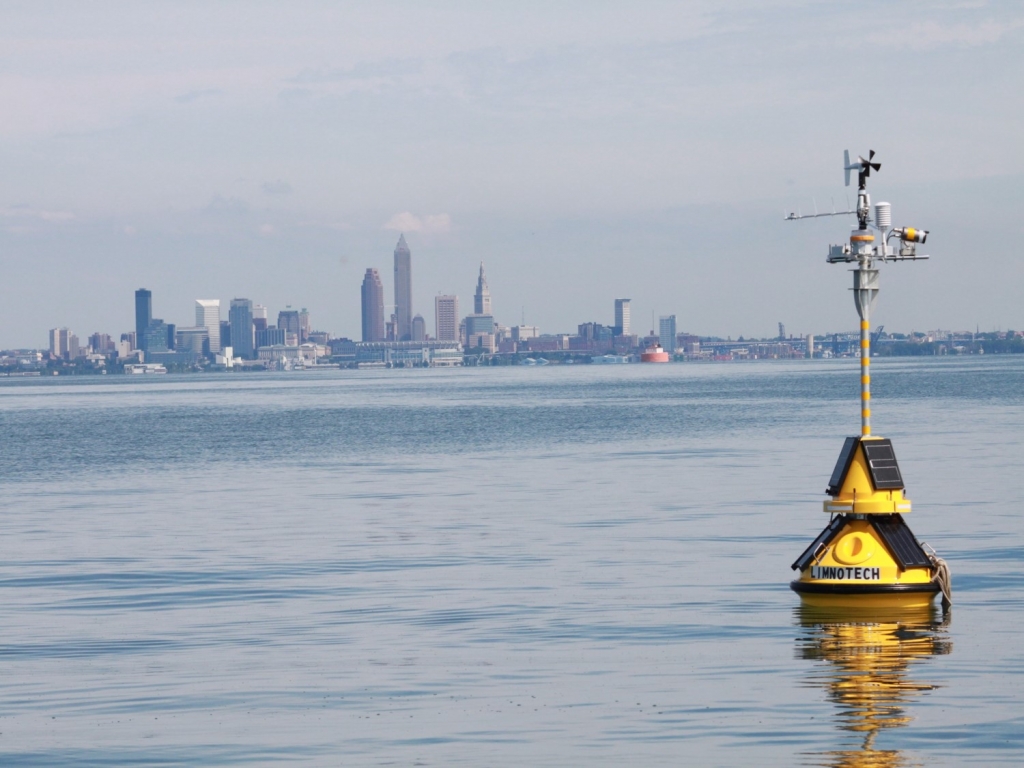 Buoys and underwater probes can measure water quality, like this one outside of Cleveland, Ohio. (Ed Verhamme, LimnoTech), Author provided 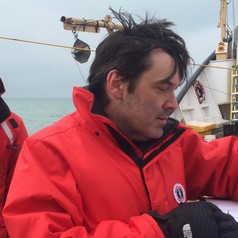 Smart home controllers, like Google’s Nest Hub, are changing how we manage our home environments. Self-driving cars promise to revolutionize the transportation sector. Smart, connected communities are popping up around the globe, integrating intelligent technologies between the natural and built environments.

Efforts to monitor our natural environment have followed suit. Increasingly, we rely on autonomous monitoring of air to inform us of allergens and pollutants that affect our health. Why not do the same for our waterways?

Human activities exacerbated by climate change have had huge impacts on Lake Erie and its watershed. Warm water temperatures, increased rainfall and fertilizer and manure run-off from agricultural fields fuel summer algal blooms that pose a danger to fish, wildlife and people while harming the economies of coastal communities.

With autonomous sensors transmitting data in real time about the conditions of the shallowest of the Great Lakes, the Smart Lake Erie pilot project will provide drinking water utilities with an early warning system for harmful algal blooms that can lead to public health crises. Eventually, this ambitious cross-border venture could lead to a Smart Great Lakes initiative.

As recently as 15 years ago, only a handful of sensors were deployed in Lake Erie. These measured weather and water quality data such as temperature, pH and dissolved oxygen. But the data were stored on the device itself and downloaded periodically between May and October, meaning that there was no way for the public, utilities or governments to react to potentially dangerous changes in the lake’s environmental conditions.

Scientists at the Great Lakes Environmental Research Laboratory, part of the U.S. National Oceanographic and Atmospheric Administration (NOAA), advanced autonomous sensing with the rollout of the Real-Time Coastal Observation Network (ReCON) in 2005. ReCON-networked buoys deployed throughout the Great Lakes system provide real-time data about episodic events such as incursions of low-oxygen water into municipal water intakes.

A 2014 water crisis in Toledo, Ohio, spurred the next wave of innovation. In early August 2014, residents were warned not to drink or use their tap water due to a harmful algal bloom in Lake Erie, which left more than 400,000 residents without access to safe drinking water.

In response, a flotilla of more than 20 water quality sondes were deployed through Ohio waters. The instruments included sensors for phycocyanin, the pigment diagnostic of the toxin-producing cyanobacteria that was responsible for the water crisis. Many of the instruments are deployed near municipal water intakes, providing water utilities with an early warning system for cyanobacterial harmful algal blooms.

The Great Lakes Observing System (GLOS) has made moves to broaden the impact of these efforts by integrating instruments so that they provide real-time data to scientists, water utilities and the public. Some sensors now measure changes in nitrogen and phosphorus, which can stimulate harmful algal blooms, and water flows, which help scientists understand where these blooms may move. With its partners, GLOS is developing an early warning system that will even send a text message about water quality to your smartphone.

Events like Erie Hack and the Internet of H2O have produced smart lake technologies, including an automated nutrient monitor that transmits data to H2Ometrics, a cloud-based data analytics platform, and is currently being piloted in Sandusky Bay.

Environment and Climate Change Canada has maintained a handful of autonomous sensors in Lake Erie for several decades. Yet momentum in Canada recently amped up through the Real-time Aquatic Ecosystem Observation Network (RAEON), an initiative led by the University of Windsor.

Last summer, RAEON rolled out a series of buoys near Pelee Island, on the Canadian side of the western end of Lake Erie. The sensors provide real-time data to the GLOS network on incursions of low-oxygen water (hypoxia) from the lake’s central basin.

Water containing two milligrams or less of dissolved oxygen per litre of water is considered hypoxic. Zones of hypoxia are considered degraded habitat for aquatic life and can result in poor water quality to consumers.

The data from RAEON sensors will be used to refine predictive models of Lake Erie hypoxia used by water utilities and fisheries.

In the future, the system might automatically respond when predetermined thresholds are exceeded. The data the sensor networks produce can also help with the development and assessment of environmental restoration.

The value of having such a network in place is now more apparent than ever as we deal with the wide-ranging implications of the COVID-19 pandemic. While municipalities, along with federal, state and provincial agencies, continue to ensure the safety of our drinking water, environmental monitoring initiatives are on hold.

For example, scientists typically begin surveillance programs in the Great Lakes and their connecting waterways as early as April. These samples help validate the satellite data on the expanse of harmful algal blooms in western Lake Erie and Lake St. Clair. An array of autonomous instruments would offer continuous monitoring during times like now.

But realizing this vision of intelligent water management in Lake Erie and its watershed is expensive. The initiative is supported with US$2 million as part of the NOAA Integrated Ocean Observing System Ocean Technology Transition program in the U.S. But there is no dedicated support for Great Lakes initiatives in Canada.

Canadians will benefit from the U.S. investment in lake-based sensors, but it doesn’t enhance the infrastructure that is critically needed in Canadian waters. Indeed, these gaps in coverage leave water utilities in Ontario vulnerable to the toxins from harmful algal blooms.