Selena Gomez ousted in Hollywood after getting on the wrong side of famous stars: Rumor 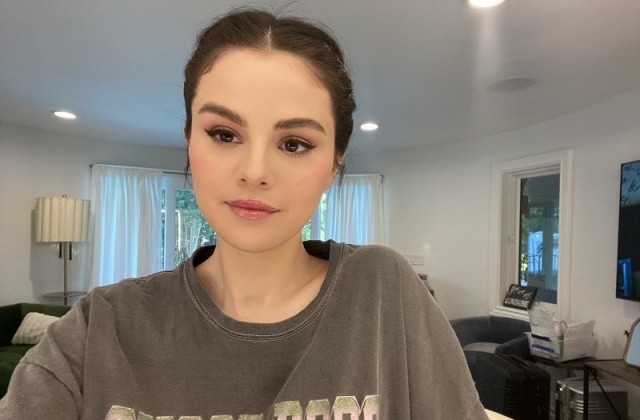 Selena Gomez was reported to have been rejected in the A-list circle in Hollywood. In the term being used today to describe the situation, the “Wizards of the Waverly” star was “cancelled” in the American entertainment industry.

Selena ousted by the A-listers?

NW magazine published an article titled “Hollywood Hates Selena!” and it claimed that Selena Gomez got on the bad side of famous stars today like Miley Cyrus, Justin Bieber, Katy Perry, Demi Lovato and Hailey Baldwin thus she was thrown out to the curb. They were once her famous friends but not anymore.

A source claimed that the 28-year-old singer/actress got on the nerves of too many big names and the consequence at this point is really depressing, for she was expelled in the inner circles. The first one that Selena supposedly “pissed off” was her ex-boyfriend Justin Bieber.

“He’s (Justin) sick to death of her dragging up their past to help her album sales,” the insider supposedly told NW. “Justin’s wife Hailey also can’t Sel and has made sure her squad - including Kendall Jenner - doesn’t go anywhere near her!”

On the other hand, Demi Lovato and Miley are said to still carry a grudge against Selena Gomez. Their rift allegedly started since their Disney days and the spite still lingers until today.

As for Katy Perry, everyone knows how Selena was linked to her fiance Orlando Bloom. It was claimed that it was the “Lose You to Love Me” singer who made the move on the “Pirates of the Caribbean” actor thus Katy doesn’t consider her as a friend.

“Sel won’t be winning any popularity contests any time soon among the A-list and that’s for sure,” the insider further said.

Debunking the unproven allegations against Selena

Gossip Cop pointed out that if Selena Gomez has been cancelled as stated in the NW magazine report, it would be impossible for her to get the chance to collaborate with the hottest girl group today which is the South Korean band Blackpink. Clearly, she is still an international star that remains to be one of Hollywood’s most popular.

Also, Selena has no animosity between the people mentioned. For Miley, it is widely known that she and the “Wrecking Ball” singer already patched things up after a mild conflict for dating the same guy Nick Jonas.

Selena Gomez may no longer be friends with Demi Lovato but they are not feuding either. Lastly, she has no conflict with Katy Perry over Orlando Bloom and although she and Justin Bieber did not exactly break up in a good way, there is no grudge between them and even with Hailey. Over-all, the rumor is simply false.