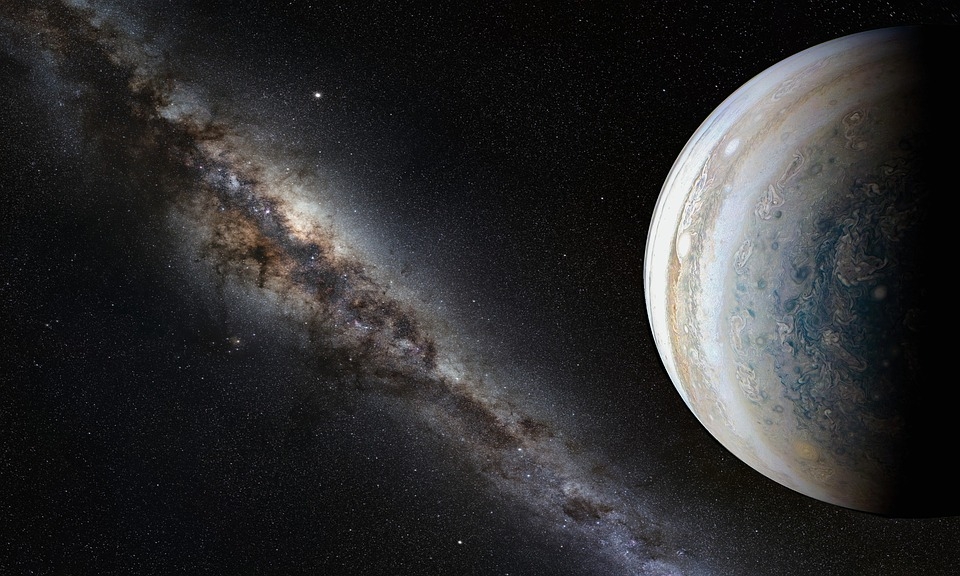 Scientists have long been looking for evidence that would support the theory that alien life can thrive in other planets. For years, these experts have been sending probes to various points of interest in our solar system that may support their speculations.

Among the candidates that can potentially host alien life is Enceladus, one of the 62 moons of Jupiter. NASA’s Cassini mission, which ended two years ago, managed to analyze some of the moon’s material that scientists have been studying for a while.

Now, these experts’ findings have been released in the Monthly Notices of the Royal Astronomical Society, providing more evidence that alien life can indeed thrive on Enceladus’ environment. To be specific, scientists have found compounds that have oxygen and nitrogen elements to them, Independent reported.

The building blocks of alien life?

Both these elements are essential components to produce amino acids, the building blocks of protein. Protein, of course, is one of the four macromolecules that is the foundation of life. Finding oxygen and nitrogen on Enceladus further supports that alien life can indeed thrive on the moon. It’s also another hint that the moon may be habitable.

“If the conditions are right, these molecules coming from the deep ocean of Enceladus could be on the same reaction pathway as we see here on Earth. We don't yet know if amino acids are needed for life beyond Earth, but finding the molecules that form amino acids is an important piece of the puzzle," said Nozair Khawaja, who led the research team of the Free University of Berlin. In short, further evidence is needed to prove that alien life is indeed present in the environment of Enceladus.

Meanwhile, NASA chief scientist Jim Green recently said that humanity might be close to finding concrete proof that Mars is indeed capable of hosting alien life. A new Mars rover will be launched on the red planet next year to collect more samples that would prove this theory.

For years, scientists have theorized that Mars once harbored alien life, but for some unknown catastrophic event, the planet lost its global magnetic field. This exposed the planet to the dangerous ultraviolet rays of the sun, which may have killed off its inhabitants. However, scientists believe that not all life on the planet may have been wiped out. Some may have found shelter on the deep surfaces of Mars.