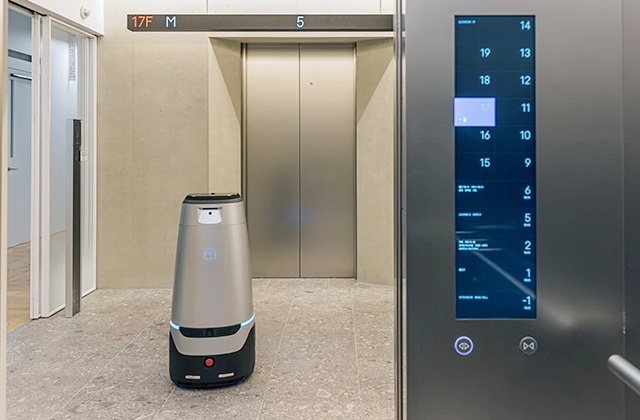 Samsung Electronics and Naver Cloud are joining forces to build South Korea’s first-ever private 5G network. On Thursday, June 2, the former announced they had launched the technology for their joint project.

As per The Korea Herald, the private wireless 5G network is designed to help secure data-intensive communications of a particular entity in a specific area, and this will initially be installed in Naver’s second HQ building called the Naver 1784 which is located in Seongnam, Gyeonggi Province, a tech hub in the Bundang district.

The private network will be exclusively utilized for a number of Naver robots that will go around the Naver Seongnam headquarters. The robots are expected to move between the floors using ultralow latency wireless communications.

The Naver HQ is a 36-story building and currently has 40 robots moving around three floors. The machines are mainly used to provide services, including food and beverage deliveries.

The robots are also able to explore the building with the help of a virtual space that recreates the real world. These are able to do this through the use of various technologies, including artificial intelligence (AI), digital twin, and three-dimensional mapping.

Samsung Electronics stated that the private 5G network is set to start operating this month but did not provide a specific date. This will serve as a neural network, which is a computer system modeled on the human brain and nervous system that links up to tens of thousands of robots at the same time. Naver Cloud’s infrastructure serves as the shared brain for the robots, so they are able to travel even without a chipset installed in them.

Samsung Electronics and Naver first signed a memorandum of understanding (MoU) for their private 5G partnership in March. They will also be extending their collaboration to upcoming data center projects in Sejong.