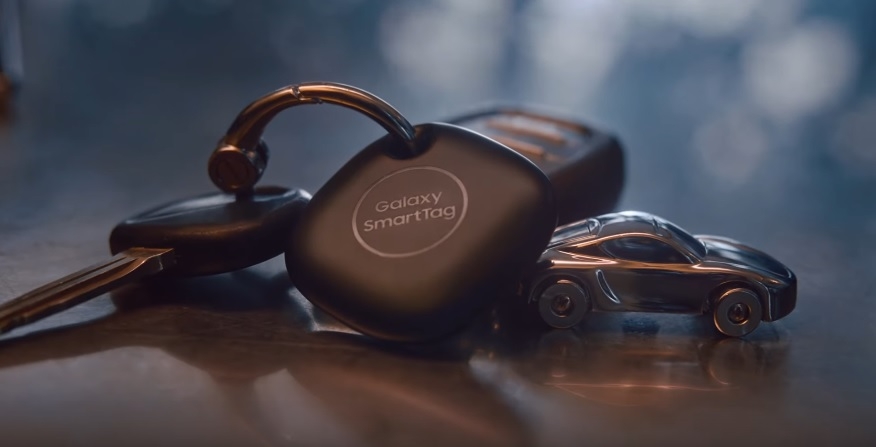 Samsung just announced a series of tracking devices with two variants using different types of wireless connections. First to launch this month is the Galaxy SmartTag that will be an apparent Tile tracker competitor. Arriving later this year is a higher-end model that is expected to rival Apple’s rumored AirTags.

Samsung Galaxy SmartTag: Everything to know about the new Tile challenger

The Galaxy SmartTag did not appear in the rumor mill through leaks until a few days before the Galaxy Unpacked event on Thursday. Some fans might have been surprised by its announcement. But it appears that the South Korean tech giant has been working on it for some time now, as its release date is set on Jan. 29.

Samsung fans can now pre-order the tracking device for $29.99. There will be options to purchases Galaxy SmartTag in two- and four-pack bundles for $49.99 and $84.99, respectively. But the launch of the bundled options has yet to be announced.

What makes Galaxy SmartTag a direct competitor of the Tile trackers is that it also uses Bluetooth Low Energy to send signals so users can locate their items or pets to which the accessory is attached. The advantage of the Galaxy SmartTag is that it is naturally designed to function with the SmartThings Find service and SmartThings app making it the obvious choice for anyone using Galaxy phones and tablets.

The product’s official page indicates that, with the SmartTag, Galaxy devices can locate items within a 120-meter range “without obstacles.” If the lost thing is beyond that range, Samsung says this is where the Galaxy Find Network comes into play. The tracking accessory will send Bluetooth signals to other nearby Galaxy devices with end-to-end encryption to guide the user and help them get closer to the location of the item they lost.

The SmartTag is also equipped with a ringtone that users can activate through their Galaxy device. Samsung says it is powered by a coin-sized battery that can keep the device running “for months.”

Samsung has one more tracking accessory to launch this year called SmartTag+. As the name suggests, it offers a more precise locator through ultra wideband connection and augmented reality. Due to these features, it is already expected to be rival Apple’s yet to be announced tracker dubbed in the reports as AirTags.