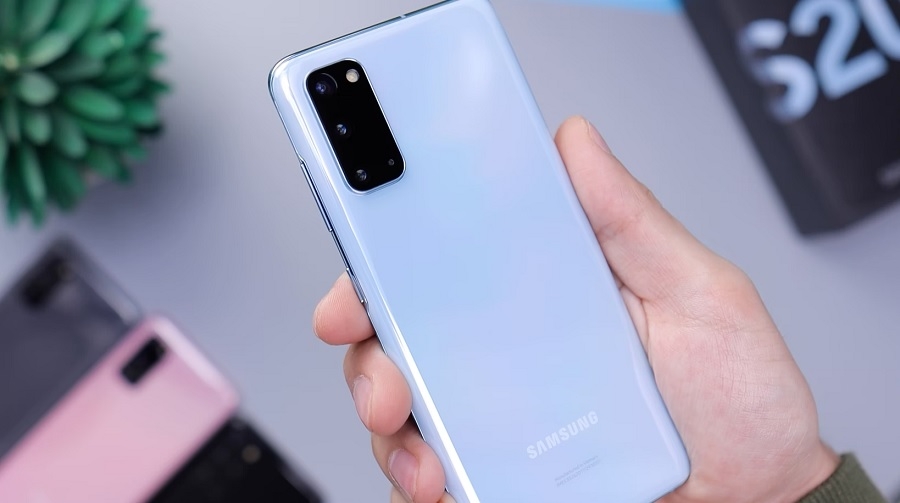 Samsung has not announced the Galaxy S21 FE yet, but an unofficial unboxing video has already appeared online. It gives tech fans a much closer look at the phone’s design and confirms what Android version it uses ahead of its anticipated launch.

The majority of the earlier leaks about Galaxy S21 FE claimed the mid-range phone would be running on an older build of the Android operating system at launch. It appears that one of the positive outcomes of the device being delayed is the likelihood of it running on Android 12 straight out of the box.

The South Korean tech giant may have been facing some issues with the rollout of Android 12 and One UI 4.0 on its existing devices. But the leaked unit shown in a Vietnamese YouTuber’s channel suggests that would not be the case for upcoming devices like the Galaxy S21 FE.

The video, which has since been made private after getting the attention of several news outlets, shows that the device is using the latest OS and Samsung skin. Having the Android 12 and One UI 4.0 installed and ready to use could be an enticing feature to convince people to upgrade to the new mid-range phone.

There have been reports that the Galaxy S21 FE will use a Snapdragon and Exynos chipset, depending on the market. Most of the leaks over the last week only mention Snapdragon 888. But the YouTuber said the leaked unit is powered by the 5nm Exynos 2100, suggesting that the phones shipping to some Asian markets could use Samsung’s in-house chipset.

The same “unboxing” video also shows a Galaxy S21 FE unit in the color Olive Green. Its design is just as shown in earlier leaks with a camera bump for three sensors (12MP + 12MP + 8MP) on the back. Upon closer look, though, the rear cameras are not placed on a contour cut bump, but the back cover is made to look like the Galaxy S21 and Galaxy S21+. The YouTuber also reiterates information from previous reports that the phone sports a 6.4-inch Dynamic AMOLED 2x display with a 120Hz refresh rate.

Samsung is expected to announce the Galaxy S21 FE sometime in January 2022. The latest update from leaker Jon Prosser suggests it will be launched on Jan. 3, but will not be available until Jan. 11.