Sam Heughan, Caitriona Balfe net worth: How much are they paid for every ‘Outlander’ episode? 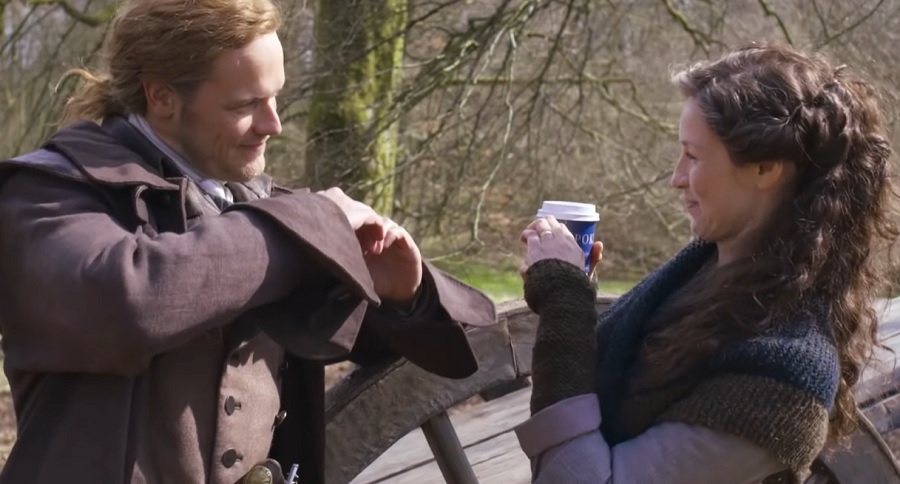 Sam Heughan and Caitriona Balfe in an in-production teaser for “Outlander” season 5. | Photo by STARZ/YouTube screenshot

“Outlander” is undoubtedly one of the most popular TV dramas right now. A huge part of its success is definitely attributable to the brilliant portrayal of Caitriona Balfe and Sam Heughan of main characters Claire Fraser and Jamie Fraser. Fans might then be wondering if these actors are getting paid enough for their performance.

Sam Heughan, Caitriona Balfe: How much do they earn from ‘Outlander’?

Details about TV actors’ contracts and salaries are extremely hard to find in the open. However, several reports in recent years will give fans an idea of how much Heughan and Balfe are getting paid for every episode.

One of the most reliable sources fans can find online is a report from Variety in 2017. Heughan and Balfe are not part of the top-earning TV actors, but they are listed in 30 highest-paid TV actors for drama shows. The on-screen couple is reportedly getting paid around $100,000 per episode.

The past four seasons of “Outlander” had a total of 55 episodes, and that would mean Heughan and Balfe have been paid an estimated $5.5 million each for their breakout TV series. However, it has yet to be reported whether the actors were given salary increases since the report was published and since the show has gained more popularity over the years.

Balfe and Heughan’s net worth would be trickier to determine since both actors have since starred in several movies. They were also part of other TV shows before joining the cast of “Outlander,” and Balfe was a fashion model before becoming a full-time actress. For “Outlander” season 5, it was reported that Balfe and Heughan were both promoted as producers and possibly through season 6 that has also been ordered by Starz.

Recent updates on “Outlander” season 5 indicate that Heughan and Balfe are still finishing the filming of the show. However, Starz already announced that the favorite TV couple would be returning to the small screen on Feb. 16, 2020.

Balfe recently shared some teasers on the “Outlander” season 5 plot, but without significant spoilers. The actress revealed that the Fraser family would have to deal with the results of the actions and choices in season 4. One that comes to mind is their choice to protect Murtagh (Duncan Lacroix) despite Jamie receiving orders to kill him being the leader of the Regulators.