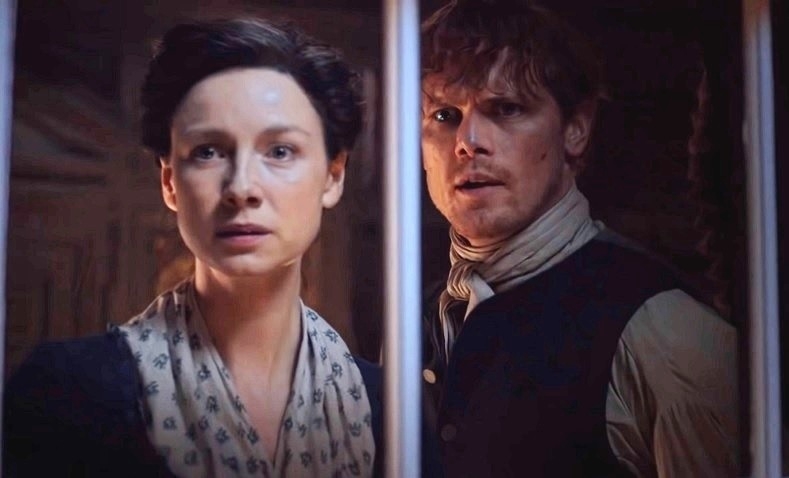 “Outlander” season 5 is due to premiere in a few months with its main cast reprising their well-loved roles. It may still be too early to reveal any plot details but co-stars Caitriona Balfe, and Sam Heughan have been giving fans a few ideas on what will happen next.

There is no question that Balfe will be coming back as Claire Fraser and Heughan as Jamie Fraser for “Outlander” season 5. Their characters compose one of the most convincing and best on-screen couples on TV at the moment.

In an earlier Facebook video post, Heughan and Balfe entertained some questions from fans before making a big “Outlander” season 5 announcement. When asked about their favorite scene they filmed for the upcoming season, the actors were hesitant to give a direct answer as they worry about spoiling any of the upcoming plots. However, Heughan did confirm that a “great character” is coming back next year.

As Balfe gives an approving look, Heughan continues to hype the returning character. Many fans believe that Heughan was referring to Young Ian (John Bell) who was last seen parting ways with the Frasers with no promises of him coming back. “Outlander” season 5 will be derived from the events of Diana Gabaldon’s “The Fiery Cross” it has a scene – that also involves Adso – of Young Ian’s return. This is a potentially emotional comeback that would be on the same level as Murtagh’s (Duncan Lacroix) surprise return in season 4. “Outlander” season 5 will premiere on Feb. 16, 2020, on Starz.

Did Sam Heughan and Caitriona’s on-screen romance become a reality?

New fans who are still catching up on the earlier seasons of the TV series are likely left wondering if the on-screen romance of Jamie and Claire happened in real life for Heughan and Balfe. The answer is no. The actors have addressed the relentless dating rumors linking them back in 2016.

Heughan and Balfe were aware of how passionate fans are in believing that they were dating for real, possibly because of their great acting. However, with the report that Balfe had gotten married last month, it is time for fans to accept the fact that the love story of Jamie and Claire is exclusively for the fantasy world of “Outlander” only.