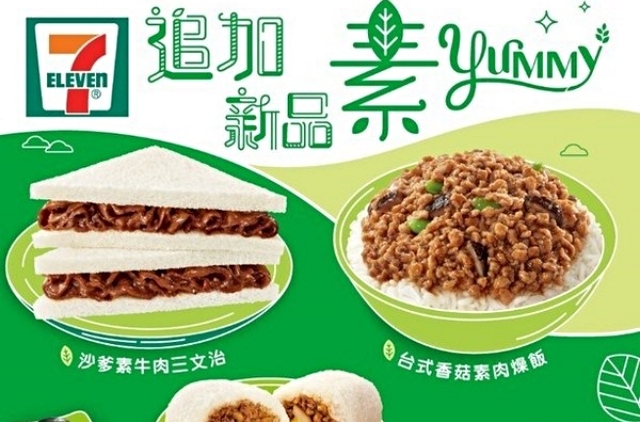 Unlimeat, the South Korean vegan beef maker, debuted its sliced meat sandwich to 7-Eleven outlets in Hong Kong. For the launch of its vegan products in the said convenience store locations, the Korean plant-based food producer teamed up with Green Common.

It was reported that Unlimeat’s partnership with the local online plant-based grocery store is part of a strategy to hasten its expansion efforts in China and Hong Kong. As per Hive Life, Korea’s leading meat alternative brand is now selling vegan options to customers in more than 800 select 7-Eleven stores in HK.

This latest roll-out brought the Unlimeat sliced sandwich in BBQ sauce to 7-Elevens. This flavor has been developed according to the palate and preference of the local Hong Kongers. This is expected to attract customers and try the new vegan sandwich.

The Unlimeat vegan food items are a good addition to 7-Eleven Hong Kong stores since it is currently working on expanding its “meatless” food choices. It was mentioned that the convenience store chain also introduced the Korean food line, including kimbap, lunchbox meals, and onigiri. All items are vegan and ideal alternatives for those who avoid anything with meat or produced using animals.

Unlimeat has already been introduced to other regions. Aside from 7-Eleven outlets in Hong Kong, the brand is being exported to the United States, Australia, Taiwan, Vietnam, and China since 2019. Unlimeat’s products have also been used in restaurants as well such as the Genki Sushi chain. Customers can enjoy the plant-based Unlimenat Sushi Roll in its 60 stores.

Unlimeat is owned by the South Korean food-tech firm Zikooin Company. Its homegrown products are usually made from grains, nuts, and oats, and the brand is one of the leading meat alternatives in Asia.

"I agree with Green Common CEO David Yeung's vision of creating a healthier Chinese dietary culture. The partnership will enable us to upgrade Unlimeat's product lineup and expand our reach in Asia and the growing global Chinese food market,” Keum Chae, Zikooin Company’s chief executive officer, said in a press release with regards to its partnership with Green Common to release its products in 7-Eleven outlets across Hong Kong.