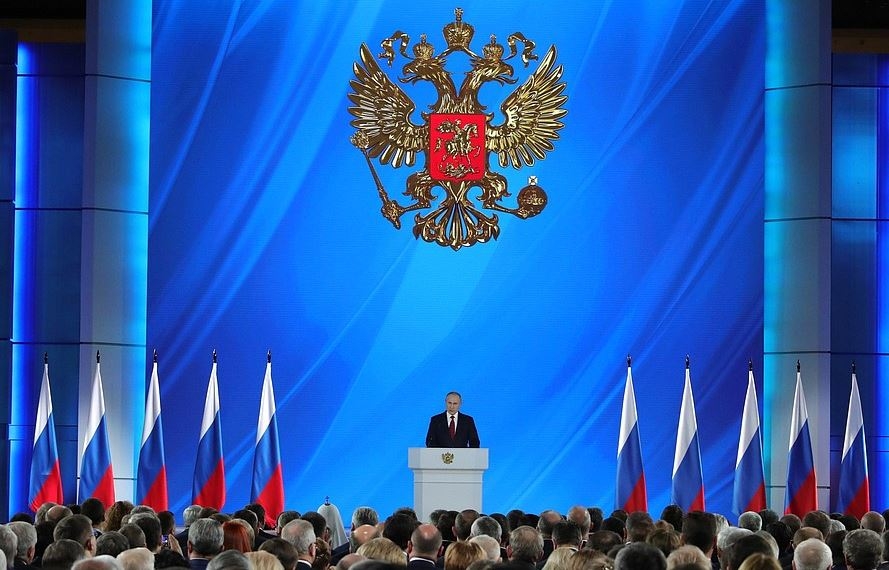 Presidential Address to the Federal Assembly.

News came from Moscow overnight that the Russian government had resigned, followed by the announcement that the current prime minister Dmitry Medvedev would be replaced by the head of the tax office, Mikhail Mishustin.

Why has the government resigned, and what does it mean for the future?

What changes did Putin propose?

Among others, Putin proposed that in the constitution:

The most important of these proposed changes (along with that of judicial independence) is that of moving the power to form the government from the president into the legislature.

If this was done and a truly accountable form of government was established, it would be a major advance on how the system has worked up until now.

But in the same speech, Putin argued that Russia needed to remain a presidential, not a parliamentary, republic. These two positions seem at odds with one another and a potential recipe for constitutional confusion.

Why has Putin suggested this change?

One reason may be dissatisfaction with the government’s performance. The implication from Putin’s speech, and from many other comments, is that both the governance of Russia and the current government have been deficient.

Governance is seen by Putin to be hampered by the lack of a direct constitutional line between president and ministers, and this would be resolved by making the prime minister the key person in the policy sphere rather than the president.

This would be facilitated by removing the president’s power to choose the identity of the prime minister and some ministers. The government’s resignation could be seen as a response to the dissatisfaction with its performance.

But also relevant is power politics. Putin is due to step down as president in 2024. Thoughts are already turning to the question of the succession, in particular, will Putin go, and if so, who will replace him?

The current Constitution forbids Putin from standing for another presidential term in 2024. The last time he faced this question in 2008, Putin stepped down as president and became prime minister. The potential beefing up of the prime ministership under these proposals might make this strategy again attractive.

But in 2024 Putin will be 73, and it is not clear that he would really want to be involved in the sort of day-to-day policy discussions a prime minister must involve himself in. He has already been showing some irritation with the policy process.

However beefing up and reshaping the State Council could provide a slot into which a post-presidential Putin could move, giving him some continuing oversight powers while not making him drown in policy details and paper.

This is surmise. But what is undoubtedly true is that this is only the first public move in what is likely to be a prolonged process of succession and power transfer in Russia.