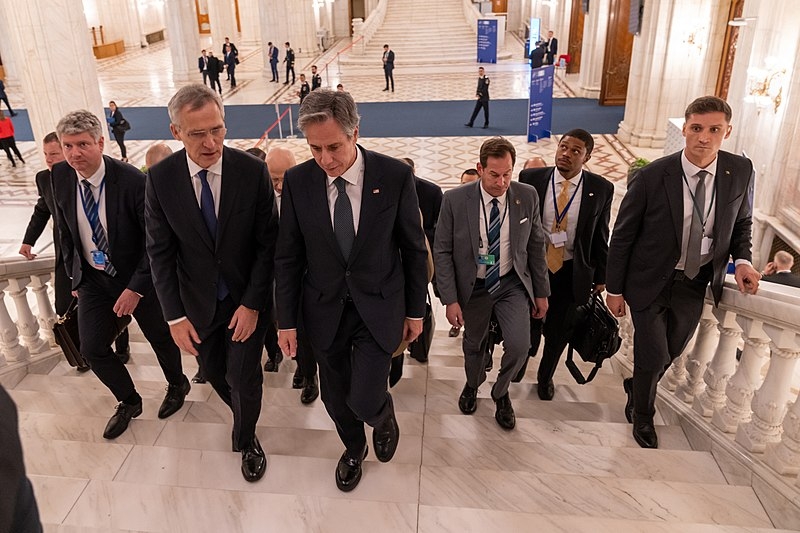 Speaking to reporters at a news conference following the two-day NATO ministerial summit in Bucharest, Romania, Blinken said that Putin was focusing his country’s firepower on the Ukrainian civilian population. Blinken warned that Ukraine’s allies remained united in their support for Kyiv amidst constant bombardments by Russia on Ukraine’s energy infrastructure.

“Heat, water, electricity…these are President Putin’s new targets. He’s hitting them hard. This brutalization of Ukraine’s people is barbaric,” said Blinken, who accused the Russian leader of trying to divide the Western alliance to force it to abandon Ukraine by forcing its people to freeze and starve and further drive up energy costs around the world.

“This strategy has not and will not work. We will continue to prove him wrong. That’s what I heard loudly and clearly from every country here in Bucharest.”

Allies have been saying that Russia’s continued bombardment of Ukraine’s infrastructure was a deliberate move to harm civilians and amounted to a war crime despite Moscow’s denial of targeting civilians.

Blinken also said that US military planners were working to make sure that the equipment provided to restore Ukraine’s damaged infrastructure was not destroyed again by Russian strikes. The top US diplomat said that the takeaway from the NATO summit was that the alliance’s support for Ukraine would continue, especially as Kyiv is facing the winter months.

Ukrainian foreign minister Dmytro Kuleba said Wednesday that Russia must withdraw its personnel from the Zaporizhzhia nuclear facility if the efforts by the United Nations’ atomic watchdog to create a protection zone are expected to succeed.

The UN International Atomic Energy Agency head Rafael Grossi has been speaking with both Russia and Ukraine for months to secure a deal to create a protection zone in the Russian-occupied plant to prevent a nuclear disaster from taking place. Kuleba spoke with Grossi during the NATO ministerial conference in Bucharest days after Grossi met with a Russian delegation in Istanbul.