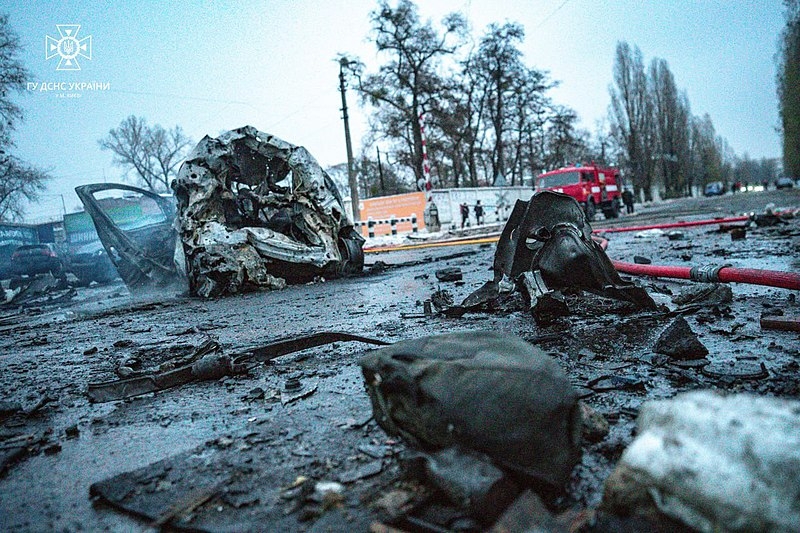 The mayor of Ukraine’s capital Kyiv defended himself against the criticisms by Ukrainian President Volodymyr Zelenskyy over the power crisis. Mayor Vitali Klitschko said hundreds of warming centers were fully in operation, contrary to Zelenskyy’s claims.

In a post on the Telegram messaging platform, Klitschko defended himself against Zelenskyy’s claims that many residents in Kyiv were still without electricity. Zelenskyy also claimed that the warming centers in the capital had insufficient resources. Klitschko clarified that hundreds of such centers were in operation in Kyiv, including hundreds of emergency generators.

“I do not want, especially in the current situation, to enter into political battles. It’s ridiculous,” Klitschko added. Klitschko, who has been caught up in several disputes against Zelenskyy before the war, said that some of Zelenskyy’s allies have engaged in “manipulation” about the capital’s efforts.

“To put it mildly, this is not nice. Not for Ukrainians and not for our foreign partners,” said Klitschko.

The dispute comes amidst continued Russian strikes on Ukraine’s energy infrastructure that started last month. The strikes also come as Russia has suffered significant territorial losses on the ground. Ukrenergo, the country’s grid operator, said Sunday that electricity firms are producing 80 percent of the demand, compared to Saturday’s 75 percent.

With Russia’s bombardment of Ukraine’s energy infrastructure, analysts said that the winter months could exacerbate the war as both sides have already been facing heavy rains and muddy battlefields.

In her remarks at the international conference on preventing sexual violence in conflicts in London, Ukrainian first lady Olena Zelenska said that Russian forces must be held accountable for raping Ukrainian women and committing other acts of sexual violence on Ukrainians during the war.

Zelenska said that sexual violence was being committed “systematically and openly” in Ukraine by Russian forces as a war tactic as the war continues.

Zelenska cited recordings of Russian soldiers openly talking about rape with their relatives at home.