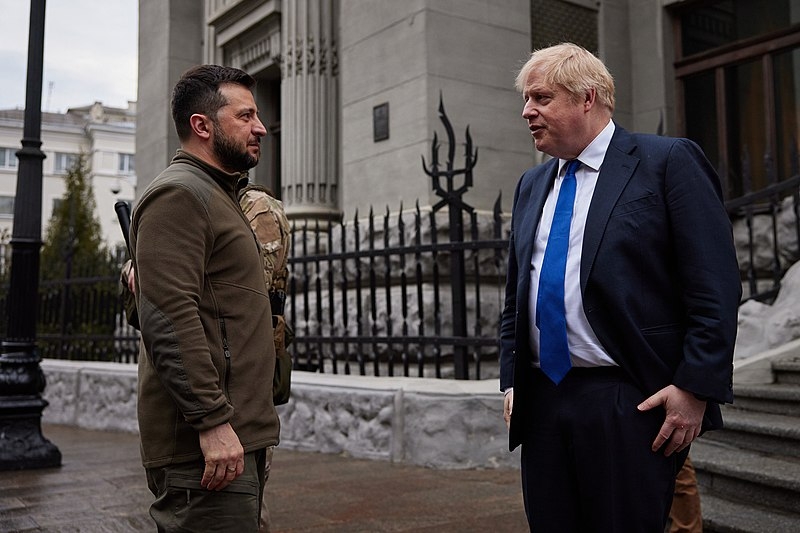 “The leaders discussed developments on the battlefield and the Ukrainian armed forces’ requirements, including the provision of longer-range weaponry to prevent the bombardment of civilians,” said the spokesperson.

The call between the two leaders came two days after Johnson delivered a virtual address to Ukraine’s lawmakers, praising the country’s continued efforts to resist Russia. The British leader described the country’s efforts in the war as “Ukraine’s finest hour,” referencing a phrase made by Winston Churchill during World War II.

“This is Ukraine’s finest hour that will be remembered and recounted for generations to come,” said Johnson, who added that Ukraine’s resistance has refuted the myth that Russian dictator Vladimir Putin’s forces were invincible. Johnson said that Putin was “sowing the seeds of catastrophe for himself and for his country” in his war with Ukraine.

Many countries sought to punish Russia by imposing severe sanctions, including the seizure of assets owned by Russian oligarchs who benefited from Putin’s regime or have ties to the Russian leader. One recent capture was of a yacht belonging to oligarch Suleiman Kerimov by Fijian authorities at the request of the US, according to the Justice Department.

The seizure of the yacht was announced Thursday and marks the latest move by Washington and its allies to increase the pressure on Moscow. A court in Fiji ruled Thursday that the US could seize Kerimov’s super-yacht weeks after Fijian law enforcement impounded the yacht.

“The Justice Department will be relentless in our efforts to hold accountable those who facilitate the death and destruction we are witnessing in Ukraine,” said DOJ Attorney General Merrick Garland in a statement.

Kerimov was designated by the US Treasury Department as belonging to a group of oligarchs who benefited from the Russian government “through corruption” and “malign activity,” said the DOJ.