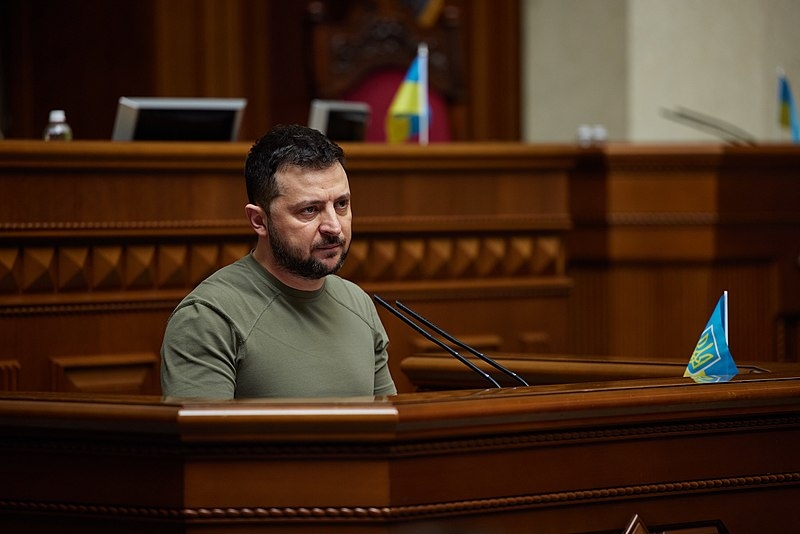 Ukraine continues to resist the offensive launched by Russia since dictator Vladimir Putin effectively declared an invasion back in February. An official from Ukraine’s border authority said that the country is prepared should Belarus get involved in Putin’s war against Ukraine.

Reuters reports a spokesperson for Ukraine’s State Border Service said Wednesday that Kyiv is prepared should Belarus, who is allied with Russia, get involved in the war. This comes as Belarus recently said it has started large-scale military drills to test combat readiness and that they did not pose a threat to its neighboring countries.

“We do not rule out that the Russian Federation could at some point use the territory of Belarus, the Armed Forces of the Republic of Belarus, against Ukraine,” said Ukrainian State Border Service spokesperson Andriy Demchenko. “Therefore, we are ready.”

Demchenko added that the border Ukraine shares with Belarus have since been strengthened when Russia invaded Ukraine back in February. To note, Russia invaded Ukraine following its joint military drills with Belarus. Demchenko said that Ukraine has reinforced its border with the Russian-backed region of Transdniestria as tensions remain evident following warnings of possible attacks in the area.

Russia has now focused its attacks on the southern and eastern parts of Ukraine as it looks to connect the region of Crimea which it annexed in 2014 to the eastern areas of Donetsk and Luhansk, which are controlled by Russian-backed separatists.

The US ambassador to Moldova, Kent Logsdon, described Russia’s unprovoked invasion of Ukraine as an attempt to redraw the European map at gunpoint, saying that it is a cause of concern all over the world. However, local Moldovan media also reported that Logsdon said the US has no evidence that Russia intends to expand the war into Moldova, and that Putin would lose the war.

Meanwhile, Ukrainian President Volodymyr Zelenskyy said that the country will not accept a ceasefire deal if Russia does not withdraw its troops from the Ukrainian territories that it occupies.

Zelenskyy said that the Ukrainian forces have so far halted Russia’s offensive in what he described as the first stage of the war. The Ukrainian leader then explained that the country’s forces will remove Russian forces from its land and territory in its second stage. In the third stage, Zelenskyy said that Ukraine would move toward restoring its territorial integrity.

“We will not accept a frozen conflict,” said Zelenskyy, regarding a ceasefire deal that would allow Russian troops to remain in the Ukrainian territories that it occupies.