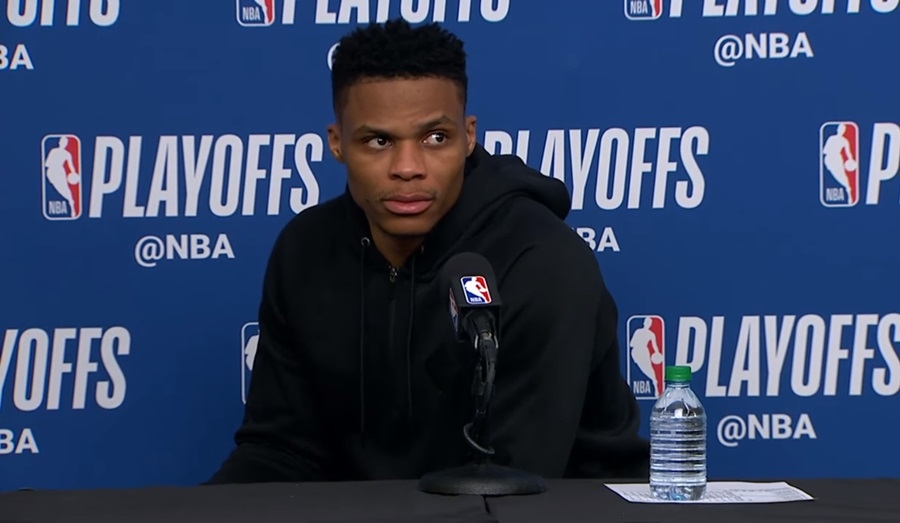 Russell Westbrook is one of the many shocking surprises that occurred this offseason after the Thunder opted to send him to the Rockets in exchange of Chris Paul and a multitude of future assets. And with Paul touted to be traded as well, there are a lot of reasons to be excited about the team’s future.

OKC general manager Sam Presti recently broke his silence about the Russel Westbrook trade and heaped praises at the 30-year-old for being the face of the franchise for more than a decade. Presti said that parting ways with Westbrook has been a mutual agreement from both sides and said that they'd been engaged in extensive dialogue before the decision was made.

“We recently had conversations with Russell [Westbrook] about the team, his career, and how he sees the future. Through those conversations we came to the understanding that looking at some alternative situations would be something that made sense for him," Presti said. He added that the 2017 season MVP will always be valued by the franchise and said that his legacy would be remembered for a long time, SI reported.

Should Russell Westbrook be the ball handler for the Rockets?

Now, Russel Westbrook will be adjusting to his new home in the Houston Rockets. How that adjustment will take shape remains to be seen and is a point of interest among fans and NBA analysts alike.

ESPN’s Max Kellerman is already saying that James Harden should be the one adjusting to Russell Westbrook on account that the latter has poor shooting skills. However, Kellerman does acknowledge that Westbrook’s skills in other aspects should be the main focus of the Rockets.

After all, Russell Westbrook is one of the two players in NBA history that has averaged a triple-double for an entire season. The other guy is Oscar Robertson, who achieved the accomplishment in 1962. So if the Thunder star can do everything else, then Kellerman contends that he should handle the ball more.

Besides, Harden has shown he can play off the ball as he’s an elite scorer, especially with his signature step-back threes. So Russell Westbrook penetrates the paint and lets the defense collapse on him, then he can swing the ball to Harden or any other shooters on the wing for a potential open look. Of course, all of these are good on paper. But everyone knows that it’s a completely different thing when put in practice.

It’s for this reason that a lot of fans are excited about the regular season and how this new NBA landscape will settle itself out. With teams like the Lakers, Clippers, Nets, Warriors, Boston, Philly, and several others undergoing massive changes, it’s unsurprising that people are excited about the league’s future. As for Russell Westbrook, only time will tell if his chemistry with Harden will finally be the winning formula for the Rockets or if it will fail once again similar to what’s been seen when he played with Paul George and Kevin Durant.