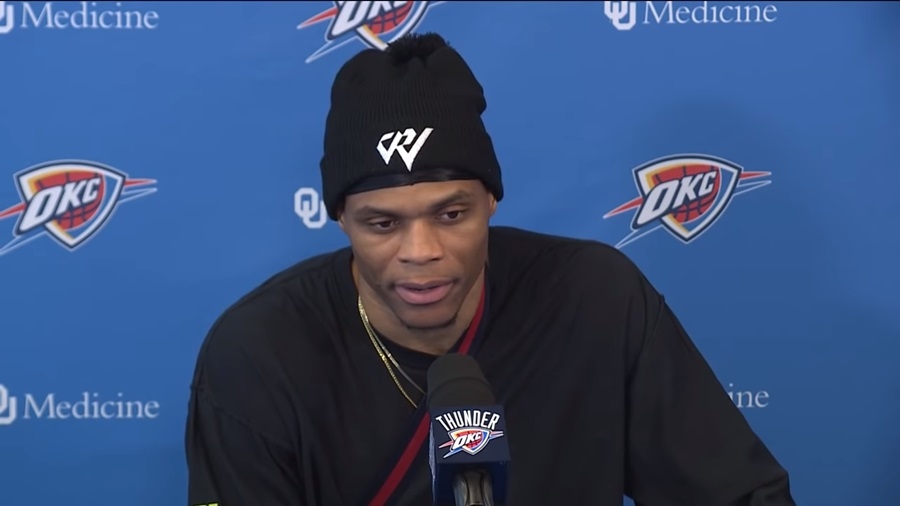 Photo via Screenshot of The Oklahoman/Youtube

Following the jaw-dropping trade that saw Paul George heading to the Los Angeles Clippers, reports are coming in that Russell Westbrook also wants out of the Oklahoma City Thunder. The decision is rooted in the fact that the Thunder is quickly becoming a team that is no longer relevant, accelerated by the loss of George.

And since Russell Westbrook is a competitive individual who’s approaching 31 this November, he can’t afford to spend his remaining years with a team looking to rebuild. And the Thunder is indeed trying to rebuild alright.

So which teams are interested? There are three organizations that are apparently looking to acquire Russell Westbrook. The Detroit Pistons, The Houston Rockets, and the Miami Heat. The latter is currently the running favorite with both parties expressing interest on the deal.

The problem is that the Heat is already hard-capped this season due to the team bringing Jimmy Butler into the fold. There’s also the fact that they have no players to exchange for the Thunder that would justify a rebuilding stage. But the heat is still apparently interested in Russell Westbrook given the talents that he has and is reportedly trying to create a workaround to fix the complication.

However, NBA pundits are already claiming that pairing him with Butler is already a poor decision given both players’ history when it comes to team play. It’s widely accepted by multiple analysts that Russell Westbrook is a player that’s focusing more on personal stats than serving the team. Chris Broussard, Skip Bayless, and Shannon Sharpe are all in agreement about this, but they also recognize the 30-year-old’s talent.

But it should also be noted that Russell Westbrook’s playstyle is quite physical. With his age catching up to him and the amount of physicality that his body endures, Bayless feels that Russ might “hit the wall” soon.

Russell Westbrook also doesn’t fit in well with the Rockets in theory given how James Harden and Chris Paul play, which is why Broussard is contending that the best place for Russ right now is to head to the Piston and try his luck with Blake Griffin. Even if nothing comes out of it, there’s no denying that Griffin and Westbrook being on the same team will make the team relevant again, at least. This is doubly true since the Pistons are in the Eastern Conference.

With Kawhi Leonard gone, there’s only the Philly and the Bucks to go up against. Of course, both aren’t exactly a walk in the park that’s why Russell Westbrook will really need to change his game if he wants to propel his new team to championship contention truly.