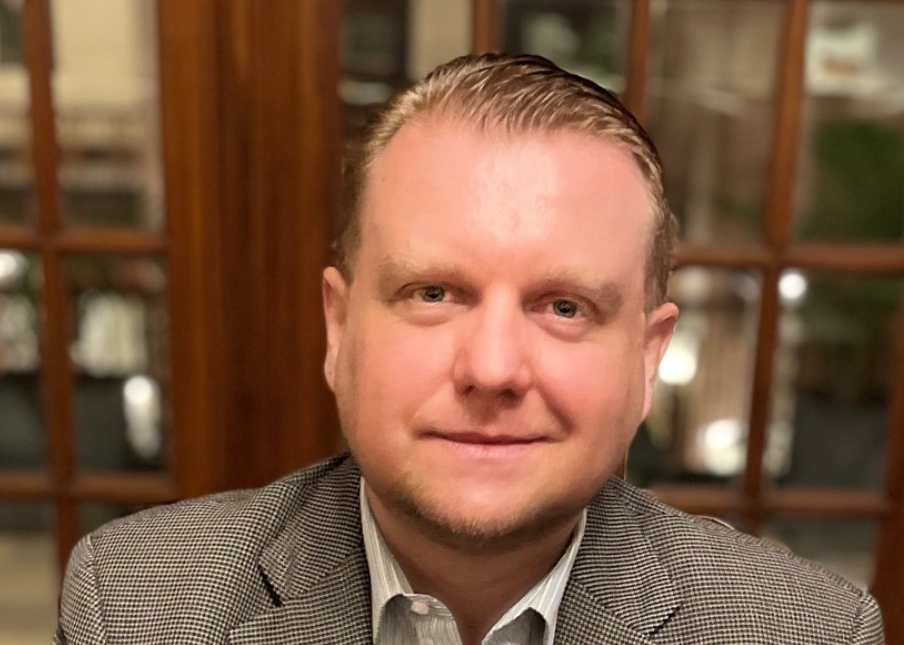 Roman Sledziejowski began his professional career in New York City at Salomon Smith Barney, Member of Travelers Group at the age of 17 where he worked for the investment bank part-time throughout his final year of high school.

At the age of 18, he became the youngest National Association of Securities Dealers (NASD) licensed stockbroker in the United States and began working full time as an Investment Associate at Smith Barney, a Member of Citigroup.

Then, at the age of 25, Roman Sledziejowski became the Senior Vice President and Investment Officer of Wachovia Securities. At the time it was the 3rd largest investment firm in the United States with over 10,000 brokers working in 700 office locations and $680 billion in assets under management.

We spoke with Roman Sledziejowski where he shared a few stories of times where he faced challenges head-on and ended up excelling in the situations.

How do you build trust and confidence quickly?

I lead by example and made my team realize from the get-go that I am one of them and that each of them comprises a crucial element of the entire squad. If you make your team realize that what you are asking them to do is exactly what you are willing to do yourself then confidence ensues rather quickly.

I believe in giving a lot of space to my team members, while at the same time always maintaining an “open door” policy whenever the need arises.

How did you handle a time when you had to make an unpopular decision?

I never have an issue with making an unpopular decision, so long as it is logical and results from an in-depth, fact-based analysis.

One of the key roles and responsibilities of a leader is to make the best possible decisions, based on available data, for the good of the organization and its employees. Whether it is a popular or unpopular decision was always rather inconsequential to me.

Tell me about a time when you were asked to do something you had never done before.

How did you react? What did you learn?

In my early twenties, I was asked to be a member of a panel at a rather prestigious investment conference held in Switzerland. This was a great distinction and it was a first for me. What made it rather intimidating was the fact that the other panel participants were anywhere from 30 to 40 years older than I was at the time.

Less than two hours prior to the panel kick off all of the participants were notified that the panel moderator became ill and could not attend. Since, ironically, my English was the strongest out of all the panelists and the prevailing language was to be English, I was asked by the organizer to become a substitute moderator in front of a room filled with several hundred highly accomplished executives.

I remember till this day the immediate feeling of my heart stopping for a few seconds, but I managed to gather myself and nevertheless agreed to do this under the circumstances. I calmed myself down and spent an hour reviewing the moderator's agenda and his cues for administering the event.

Considering the circumstances, I ended up doing quite well in this impromptu role. I received many accolades from both the panelists and the audience; ending up forging many new relationships as a result. From this adventure, I learned a valuable lesson in the importance of accepting challenges in life head-on and not shying away from the unknown and intimidating.

Give an example of a time when you delegated an important task successfully.

Oftentimes, in our line of work, we experience situations where a tremendous workload needs to be addressed as soon as possible. When this occurs it is paramount to efficiently delegate tasks, from the most basic to most crucial.

I remember one instance when four of our largest clients were in the process of finalizing absolutely crucial transactions for the future of their organizations. This situation precipitated the need to assign some absolutely crucial tasks, normally handled by senior partners of the firm, to junior team members. This was done with great hesitancy from upper management, however, there was simply no other way to get the work done. In the end not only did the junior team end up living up to the task, but they did such an outstanding job that several of them received meaningful promotions within the organization immediately after.