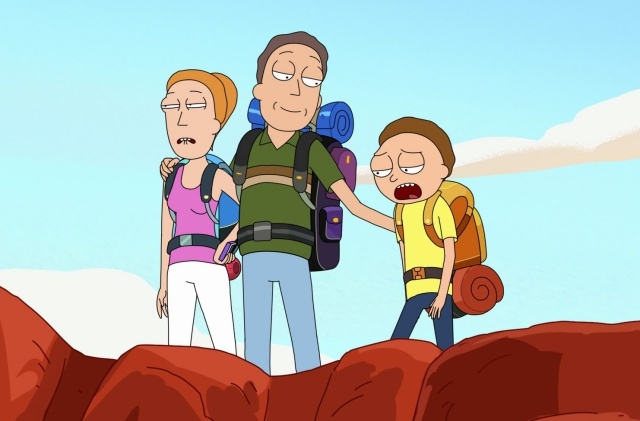 The final episode of the Dan Harmon and Justin Roiland’s adult animation series is coming up. This will be “Rick and Morty” season 4 episode 10 and it will officially end the fourth season run.

The penultimate episode was released on May 24 and it featured the story titled “Childrick of Mort.” It showed the Smiths family going on a trip by car when Rick received a phone call that tells him that he needed to go to another planet. The caller informed him that it is an urgent call so he agreed.

For the travel, Rick changed their car to a spaceship so the whole family that includes Jerry, Beth, Summer and Morty went with him to an unplanned adventure. When they arrived at their destination, Rick learned that he become a dad again since he had sex with a living planet.

Morty’s grandpa turned cold and appeared not interested so he wants to leave than solve the problem. Beth urged him to stay and help the planet deal with the unexpected event.

In any case, in the next and final “Rick and Morty” season 4 episode 10 titled “Star Mort: Rickturn of the Jerri,” it seems that the titular grandpa character will have to take responsibility and be a parent again. Its synopsis reads: “Parenting is crazy broh. Stuff straight disappearing in this one.”

The plot summary did not give away much but it was predicted to contain some references to “Star Wars.” In the promo teaser, the Smith family was shown having a meal together when Beth mentioned that they should have an appointment with Dr. Wong, the family therapist.

Rick then said he might really need it because he’s been “disintegrating” then he suddenly disappeared. Beth and Jerry were surprised but Morty said it’s the invisibility belt. But despite the teaser and the synopsis, it is not yet certain how “Rick and Morty” season 4 will end.

“Rick and Morty” season 4 episode 10 will air on May 31 at 10:30 p.m. on Adult Swim. Meanwhile, Spencer Grammer, Summer’s voice actress shared that they have started filming for the next season but they are doing it remotely due to the COVID-19 pandemic.

“It works, it’s all totally fine, but it’s not as great,” Grammer told NME. “It’s sort of like doing a Zoom conference rather than doing an in-person interview. “They sent me a microphone so I set it up in the closet in my father’s house in upstate New York, and some of the lines are in last week’s season premiere – we do record all the way up until it airs honestly!”