‘Power Book II: Ghost’: Drama sequel expected to be delayed but here’s when it is predicted to premiere 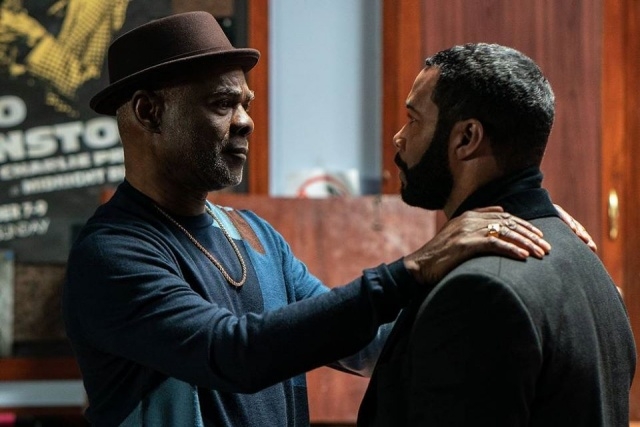 “Power Book II: Ghost” is considered as the series’ season 7. It will be presented in four parts, but unfortunately, it cannot be released on the planned date, and this is widely due to the current situation not just in the U.S. but in the whole world.

The COVID-19 pandemic has already paralyzed economies; even the first world countries are down. Businesses, schools, and everything else have shut down due to the outbreak, and apparently, film and TV show productions were affected as well. A number of studios announced the cancellation of shoots, and Starz that is the home of the “Power” drama, is one of them. As a result, many programs will have to be delayed.

In the case of “Power Book II: Ghost,” it halted filming not just because of the worldwide effect of the pandemic, but the show is directly hit by it after one of its staff tested positive for coronavirus infection. As per Express, with one of the crews confirmed to have contracted the disease, Starz stopped the filming and would be re-set to a later date.

In any case, “Power Book II: Ghost” is will is a sequel, so it will continue the story from season 6, but there will be something new as well. It will be centered on Ghost and a powerful character Monet, a businesswoman that will be played by Mary J. Blige.

Courtney Kemp, the show creator, confirmed that Blige’s role would be one of the main focus in the upcoming spin-off. But then, as suggested in the title, it will also narrate something about James “Ghost” St. Patrick, and most likely, it will be his backstory.

“I have really strong female characters in a way that I am trying to push even further than what we had in the original ‘Power,’” she told TV Line. “Mary J. Blige’s character is super strong and interesting, and the same is true of the lead characters in the next spinoff after that. I think women, especially women of color, but all women, are going to find really great inspiration while watching as we move forward.”

Based on the official plot summary of "Power Book II: Ghost” that was posted on Entertainment Weekly, the story will pick up days after the events in season 6’s finale took place. “The sequel then follows Tariq navigating his new life, in which his desire to shed his father's legacy comes up against the mounting pressure to save his family," the synopsis reads.

Meanwhile, “Power Book II: Ghost” was initially scheduled to be released this, but due to the situation right now, there is a possibility that this will be moved by Starz. Still, the predicted date for its premiere is on June 14.