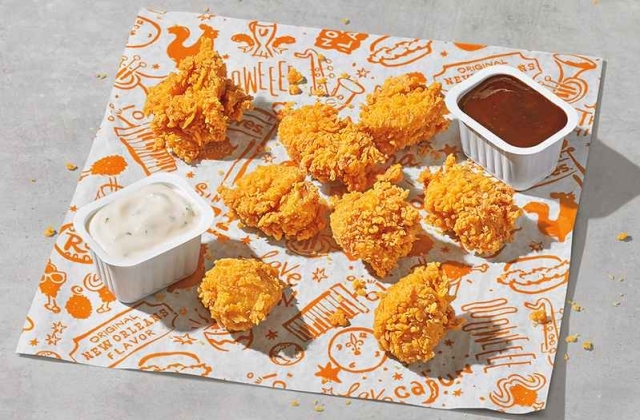 Popeyes finally released its chicken nuggets, and along with the launch, the fast-food chain unveiled its latest food donation campaign. The restaurant gained much attention when it added its own chicken sandwich on the menu list and officially joined the chicken sandwich war with Burger King, Wendy’s, Chick-fil-A, and McDonald’s.

Now it pledged to buy the cash equivalent of one million nuggets from its rivals that were mentioned above. According to Fox Business, Popeyes’ “We come in piece. 8 piece” campaign was unveiled on Tuesday, July 27, which is also the day when it announced its own version of chicken nuggets.

The new chicken menu is already available in Popeyes restaurants across North America. Now, through the Popeyes Foundation, the fast-food chain’s charity arm, it will buy the cash equivalent of one million nuggets from its competitors and its own stores, and they will donate food to the Second Harvest Food Bank of Greater New Orleans and Acadiana.

What’s more, Popeyes vowed to match any donations from customers that are worth up to $25,000. In any case, the gesture of buying from its rivals was said to be a nice way to end the chicken sandwich war because it is all for a good cause.

“The launch of our Chicken Sandwich was incredible, and we’re humbled by the amount of love and positive reviews, but at the same time many claimed that it started the chicken wars,” Popeyes chief marketing officer, Bruno Cardinali, said in a press release. “Now, it’s time to say goodbye to the chicken wars and celebrate our new Nuggets, because we come in piece, 8 piece to be exact.”

As Popeyes launched its chicken nuggets, USA Today reported that it came just in time for the “National Chicken Tender Day” on Tuesday and the “National Wing Day” on Thursday. For these events, lots of chicken deals are available for customers to enjoy in various restaurants.

Meanwhile, this officially ends Popeyes’ “conflict” with Chick-fil-A that raged on social media in 2019. The two asked which one is the best chicken sandwich and that sort of started the chicken war.

It was a good strategy anyway, as both restaurants have attracted customers to try their own versions of the sandwich. Now, peace has come, and everything is calm already.