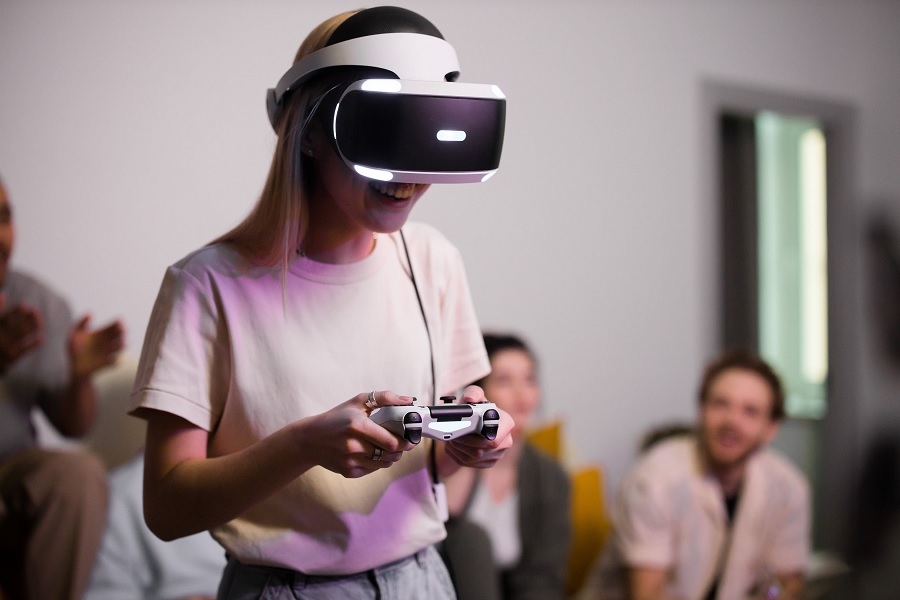 It has only been a few months since Sony confirmed the development of its next-generation PlayStation VR, and some details about its technical specifications have now been reported. The device, commonly referred to as PSVR 2, is expected to include significant upgrades, including support for 4K resolution and haptic feedback.

New details about the anticipated PSVR 2 were reported by UploadVR, with information coming from “reliable sources,” suggesting it would support 2000 x 2040 per-eye resolution. This is a significant improvement from the current device’s 1920 x 1080 resolution. It also puts Sony’s upcoming virtual reality headset slightly ahead of the Oculus Quest 2 that supports 1832 x 1920 pixels per eye.

Sony is also expected to add eye-tracking that could be related to the supposed introduction of foveated rendering on the PSVR 2. It is a technique that adjusts the image quality in the peripheral vision, as detected by the gaze trackers, to ease up the GPU power needed by the VR headset to render images without sacrificing the overall visual fidelity.

Since the PSVR 2 is launching in the era of PS5, one of its rumored new features is the support for haptic feedback that Sony introduced on the PS5 DualSense controller. The company is expected to add a vibration motor in the headset that developers of VR games would be able to use to add haptic feedback features on their titles.

Sony confirms PSVR 2 development, but it won’t launch in 2021

When Sony offered updates about the PSVR 2 last February, the company also confirmed that it plans to simplify the way the headset will connect to the PS5 that will require just a single cord. In the new report, the upcoming headset will reportedly feature a USB-C type connection to match the port available on the PS5 console.

In the same official update, Sony confirmed that the development of PSVR 2 is already in the works. However, at the time, the company implied that it still has plenty of things to do to complete its next-gen VR headset. No release date was provided for the PSVR 2, but Sony confirmed it will not launch anytime this year.

Photo by Ron Lach from Pexels