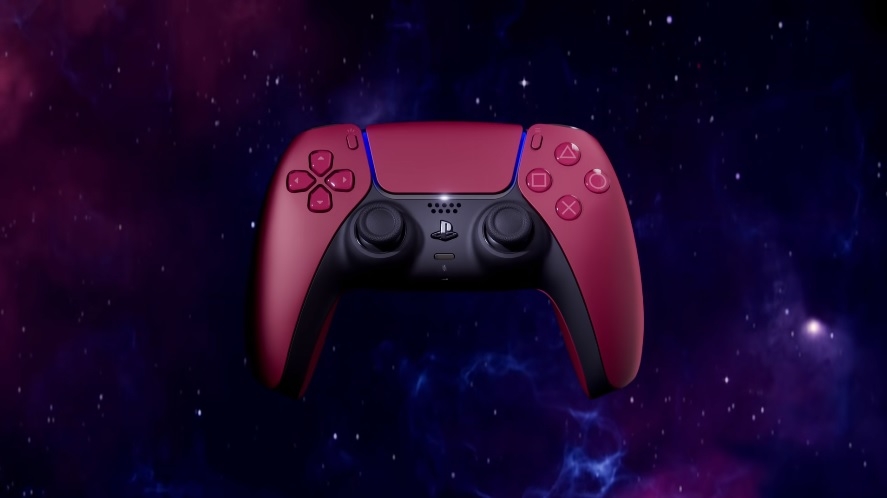 Sony is giving fans a chance to play their favorite video games in style with the announcement of two new colors for the PS5 DualSense controller. The color options called Midnight Black and Cosmic Red, will not launch until after a month, though.

PS5 DualSense new colors are inspired by the outer space

It can be recalled that there was a rumor earlier this month that claimed Sony was launching two new colors of the PS5 DualSense controllers. One was described as having a two-tone colorway of red and black and the other one having an all-black design. It now turns out that the leak was real and accurately described the upcoming color options Sony announced Thursday.

Officially, the new PS5 DualSense controllers are called Midnight Black and Cosmic Red. And those names are also in line with the theme which Sony is aiming for. The PS5 DualSense in Midnight Black may appear as having just one shade at first, but it actually sports two different shades of black. The Cosmic Red, on the other hand, is a red and black colorway.

There is no added feature in the new colors variants of PS5 DualSense. But Sony’s newest controller is already packed with features that complete the promise of next-generation gaming. The biggest improvements in the controller are the addition of adaptive triggers and haptic feedback.

Meanwhile, the option for more colorful gaming hardware could be extended to the actual PS5 console as well. The Verge notes that PS5 has removable face plates, which is how third-party retailers have been able to offer custom skins. The same report speculates that the launch of new DualSense colors and the customizable nature of the PS5 plates might be hinting at Sony’s plans to sell its own PS5 skins that could match Midnight Black and Cosmic Red.

Sony did not announce a specific release date and pricing for the new colors of the PS5 DualSense controller. However, Amazon has already listed the product for pre-orders. The Midnight Black is priced the same as the original white controller for $69.99, while the Cosmic Red is slightly pricier at $74.99. Amazon also indicates the controllers will be released on June 18.