‘One Piece’ episode 953 release date: Official preview confirms Big Mom vs. Kaido clash will be extended in the anime 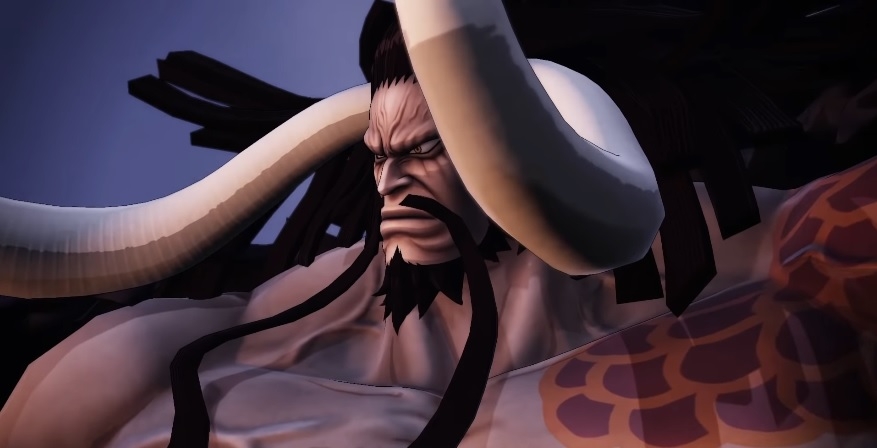 From a trailer of One Piece Pirate Warriors 4 | Photo credit: PlayStation / YouTube screenshot

It now seems more likely that the anime adaptation will give the highly anticipated clash between Big Mom and Kaido some extra love. Unlike in the manga, the anime appears to include more fight scenes featuring the two Yonko that will be featured in “One Piece” episode 953.

Almost every recent fight scenes in the anime have been extended, which is an unsurprising move considering how close the anime still is with the latest manga chapter. Luckily, the much-awaited face-off of Big Mom and Kaido is getting the same treatment, which is made more likely based on the scenes included in the “One Piece” episode 953 official preview.

While Big Mom and Kaido did clash in the manga as well, none of their attacks were shown in any panel. The manga only showed Beasts Pirates worrying that their strength would have torn down Onigashima, which is not impossible. But the “One Piece” episode 953 preview already includes several cutscenes where Kaido and Big Mom charge at each other with their weapons.

On the other hand, it does not look like the entirety of “One Piece” episode 953 would focus only on their fight. The preview also shows snippets of what will happen next in Udon prison. At one point, Tama appears to be using her Devil Fruit that lets her produce dango dumpling from her cheek. She was able to use these to tame wild animals and SMILE users. This means Tama will play a very important role in securing Udon for Luffy and the alliance.

‘One Piece’ episode 953 release date, where to watch

“One Piece” episode 953 is also titled after Hiyori suggesting that her reunion with one of the Scabbards is also happening. Oden’s subordinates thought his daughter has died, so this should be an emotional reunion for one of them.

This interaction will also lead Zoro to his new sword in exchange for the Shusui, which Hiyori has requested to be returned since it is a Wano national treasure. “One Piece” episode 953 will be released on Sunday, Dec. 6 with an English-subbed simulcast on AnimeLab, Crunchyroll, and Funimation.