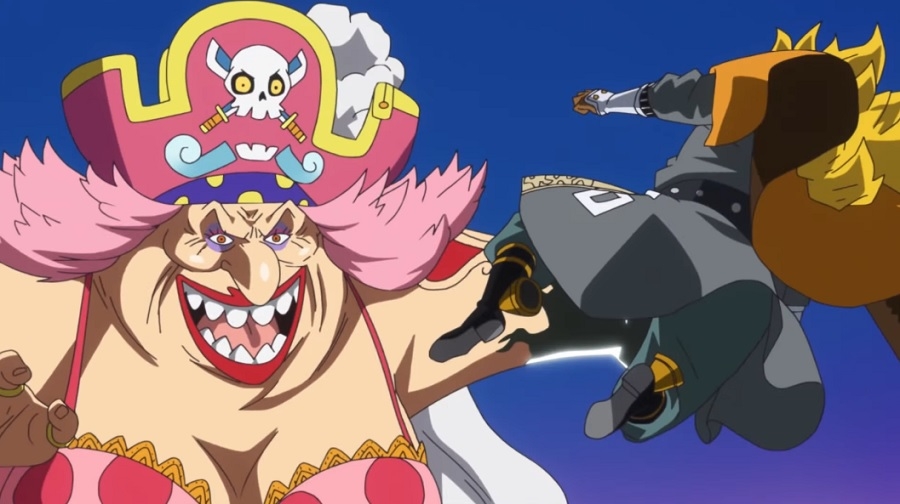 Several important encounters are happening in “One Piece” episode 952, but the highlight has to be the meeting of two Yonko — Kaido and Big Mom. Fans familiar with how their reunion went down in the manga are, however, wondering if the anime series will include some original scenes to flesh out their fight.

Overall, the Wano Kuni arc serves as one grand reunion for many important characters in the series and that includes Big Mom and Kaido. It can be recalled that Queen managed to restrain the leader of the Big Mom Pirates and has since brought her to Onigashima where Kaido’s hideout is located.

The “One Piece” episode 952 official preview confirms that the two Yonko’s meeting is finally happening. While they both have a common enemy, they have a bitter past that also makes them, technically, enemies of one another. So when they first meet, they will let off of that steam and will engage in a fight.

In the manga, however, Kaido and Big Mom’s fight happened off-screen. The original series only showed Queen and the other Beasts Pirates freaking out and hoping they could leave Onigashima before the island is wrecked by Kaido and Big Mom’s duel. But the “One Piece” episode 952 teaser hints the anime could include some extra scenes for this encounter.

On the other hand, it is also possible that Kaido and Big Mom’s fight will happen off-screen even in “One Piece” episode 952. While seeing two of the strongest pirates fight is undoubtedly thrilling, this particular battle is relatively unimportant because of how it will conclude.

‘One Piece’ episode 952 release date, where to watch

In the manga, Kaido and Big Mom’s fight that will break out in “One Piece” episode 952 ended with them agreeing to be temporary allies against Oden’s subordinates and Luffy. However, the latest manga chapters suggest that Linlin has hidden motives and will likely betray Kaido. And that is the kind of battle that deserves to happen on-screen.

“One Piece” episode 952 will be released on Sunday, Nov. 29. Simulcast for new episodes is available on AnimeLab, Crunchyroll, and Funimation.