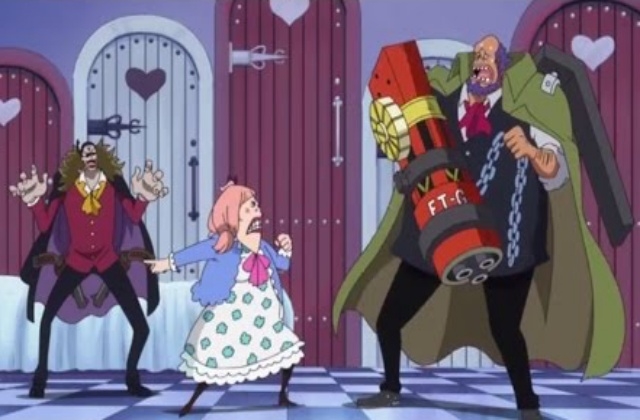 Eiichiro Oda’s break is over and he is now back to writing. This is why fans will be seeing “One Piece” chapter 993 this week!

This is just a few more chapters before the popular manga series hit its 1000th chapter which is a historic achievement and record-breaker in the world of Japanese comic books and novels. There are so many things happening in the upcoming “One Piece” chapter 993 so below are the recap and spoilers to check out.

In the previous chapter 992, the battle is in full blast and it is obvious that this will escalate and end with the conclusion of the Wano arc as well. This was centered on the story of Oden and his Akazaya samurai as this has been the moment that they all have been waiting for.

They waited for 20 years to get Kaido and reveal the truth. The nine red scabbards and Oden have gone through so many struggles before things have come to this and finally, they are face to face with their tormenter and enemy.

The scabbards managed to injure the powerful Kaido in “One Piece” chapter 992 but he could heal fast before they get to attack again. But then, it seems that the scabbards were able to dominate Kaido which has surprised even Kaido himself since he has been the most powerful for decades.

In “One Piece” chapter 993, the battle will continue and it is expected to further escalate. Although Luffy is not yet in the scene, he may pop out at the right moment. As posted on Reddit’s forum for this chapter’s spoilers, the title of this story is "Wano Kuni's dream."

It is interesting to see that the cover of “One Piece” chapter 993 shows Lola and Gotti getting married. They are now confirmed husband and wife but not much was mentioned about them in the main story.

In any case, some of the things to expect in “One Piece” chapter 993 include King ordering Tobi Roppo to get Momo. He doesn’t care if he is dead or alive but he wants Momo to be brought to him. As the order was given, Shinobu was with Momonosuke and they are running together and being chased by Yamato.

Sasaki, one of the Tobi Roppo, went after Shinobu and Momo. He tried to shoot Shinobu but Yamato saw this and thwarted the attack. Most likely, there will be a fight between Sasaki and Yamato in “One Piece” chapter 993.

There is also a festival in the Flower Capital and everyone there is wishing that Kozuki samurai will be able to save Wanokuni. As for Kaido, he recovered from the attacks as expected but he was shocked to see Oden’s shadows behind the red scabbards.

At the time of writing, “One Piece” chapter 993 will be available on Oct. 25 as per Viz Media. The raw scans may arrive between the dates of Oct. 22 and Oct. 24. on Weekly Shonen Jump.