‘Dr. Stone’ season 2: Release date confirmed and here’s what to expect in the second series installment 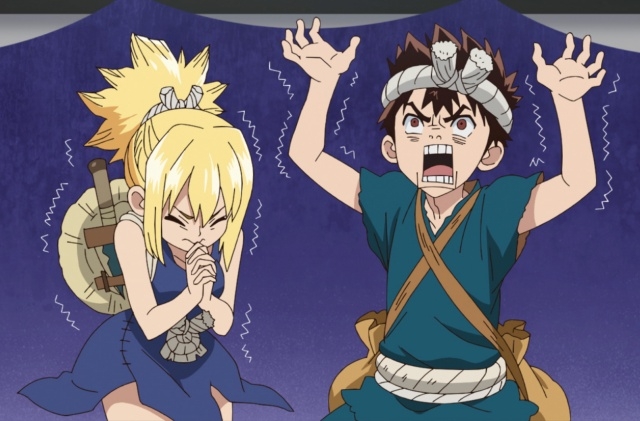 The popular Japanese series, “Dr. Stone” is coming back with its second installment and the viewers just can’t wait for it to air. Its high ratings led to its renewal and some details of what to expect in the new season have already been posted.

This anime was written by Riichiro Inagaki and illustrated by Boichi. It was serialized in Weekly Shōnen Jump since March 2017 and was later adapted for TV premiere.

TMS Entertainment produced its television series that was released in July 2019. The launch was very successful and 24 episodes were aired before “Dr. Stone” season 1 concluded on Dec. 13, 2019.

When it premiered, the story revealed a post-apocalyptic world where the survivors are still reeling from the mysterious occurrence many centuries ago. One survivor was Senku Ishigami, a teener who awakens after thousands of years.

Everyone on the planet turned into stones and the cause was unknown. Now Senku is aiming to find answers and his first mission was to unpetrified people. Fortunately, he was joined by friends in the Ishigami village and using Science, they all work to find a way to wake the civilization and find out how the petrification happened in the first place.

Aside from Senku, the other main characters in “Dr. Stone” include Chrome, Gen Asagiri, Taiju Oki, Kaseki, Kohaku, Yuzuriha Ogawa and Tsukasa Shishio. Of course, Tsukasa has been a villain but it will only be in the first few arcs.

What to expect in season 2

Tsukasa created his own empire because he does not believe in Science and wanted to retain the traditional way of doing things. This was why he and Senku started to fight until they became rivals. In the upcoming “Dr. Stone” season 2, it was revealed in the teaser that the two will get involved in a big battle between their groups.

The new arc for the new season is called the “Stone Wars” and it will start with the episode titled the “Kingdom of Science! All forces advance!” It will be Senku and Tsukasa’s fight and prior to the war, the two will build their own new empires.

Chrome and Gen will be Senku’s main allies in the war and they all vowed to fight until the end. It is also expected for the Science genius to finally solve the mystery of petrification and allow civilization to be revived.

“Dr. Stone” season 2 was originally planned to be released in July. However, due to the global coronavirus pandemic, the premiere was delayed. Last week, Crunchyroll announced a piece of good news and shared that the new date has been set for January 2021.