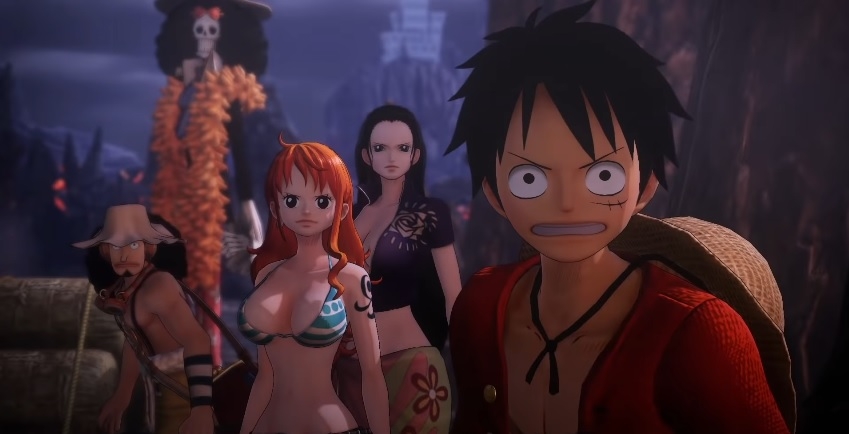 “One Piece” chapter 977 will certainly pave the way for more exciting events in the Wano story arc as Luffy, and his allies head to Onigashima. Meanwhile, the next installment could also show Kanjuro arriving on the island to present his hostage, Momonosuke, to his masters.

The latest chapter is a bittersweet one as it showed Momonosuke getting kidnapped by Kanjuro, but it also ended with the surprise every fan has been waiting to see – Jinbe has returned and officially became the Straw Hats helmsman.

With these developments, nothing could stop the alliance from proceeding to Onigashima at this point. Their entire force has finally converged despite some mishaps earlier and has weeded out the traitor. It now seems like nothing could delay their plans anymore, so it is not a stretch to expect “One Piece” chapter 977 to show them arriving in Onigashima and spoil Kaido and Orochi’s plans to celebrate.

What remains a question at this point is how they would approach the island. The element of surprise is unlikely possible in “One Piece” chapter 977. Kanjuro and Momonosuke will probably arrive in Onigashima before the alliance docks on the island, giving the traitor enough time to report to Kaido, Big Mom, and Orochi.

It is also interesting to see how Kaido would react to Kanjuro’s reports. If “One Piece” chapter 977 ends up focusing on the events in Onigashima, they probably include Kaido being already drunk from the festivities. As the earlier chapters showed, Kaido is much more dangerous at this state.

There is also a chance for “One Piece” chapter 977 to focus on other aspects of the arc, such as the whereabouts of Hiyori. It has been a while since she last appeared in the manga, and with Kanjuro promising to kill her, it could have been a foreshadowing that she will enter the scene soon.

The good news about “One Piece” chapter 977 is that there will be no hiatus announced this time. This means fans will only have to wait a week to see where the alliance goes next and how they will approach the battle in Onigashima. Chapter 977 will be released on April 12 and will be available on the Manga Plus and Shonen Jump websites.