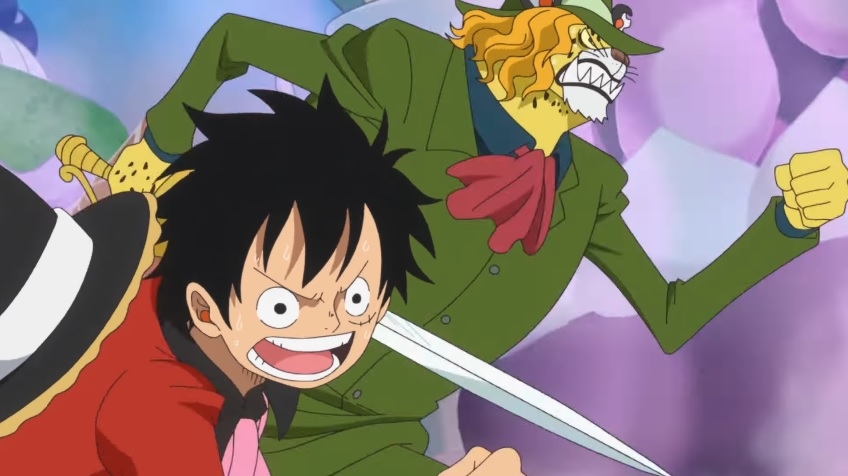 Exciting days await the avid fans of “One Piece” for a couple of reasons. The flashbacks have finally wrapped up, and the manga is now back to the present timeline. More importantly, “One Piece” chapter 975 could be the beginning of the great war in Wano, just like Oden has predicted two decades ago.

Chapter 974 ended with a plot twist, one that favors the protagonists. Luffy, Law, and even Kidd showed up with their respective ships to face Kaido’s men. The way the scene of their arrival is set up suggests that an action-packed fight scene will ensue in “One Piece” chapter 975.

They are still quite far from Onigashima – where Orochi, Kaido, and Big Mom are currently staying – but the fight happening with the three Worst Generation pirates could very well be the beginning of the Great War in Wano. If “One Piece” chapter 975 would directly pick up from the said scene, it is very possible for Luffy, Law, and Kidd to effortlessly defeat the enemies. This also gives the Scabbards a chance to apprehend Kanjuro and save Momonosuke.

Meanwhile, once things become a little calmer in “One Piece” chapter 975, the next installment could also explain how the three pirates came up with this plan. Even the traitor was surprised that they showed up out of nowhere. Fans may also recall before the flashbacks; the Thousand Sunny was supposedly destroyed.

“One Piece” chapter 975 could also give fans an update on where everyone else in the alliance are currently situated. It is also going to be interesting what Kyoshiro, aka Denjiro, plans to do next now that he has control over the Flower Capital.

Luckily, there will be no hiatus before the release of “One Piece” chapter 975 as it will be available on Sunday, March 22. Fans outside Japan can read the latest chapters through the Manga Plus and Viz websites and mobile apps for the free and official English translations.

“One Piece” chapter 974 was an important installment because it marked the return to the present timeline and it also finally revealed who the traitor is within the Kozuki retainers. It turns out to be Kanjuro, who is actually a blood relative of Orochi. Kanjuro has been the one feeding Orochi information 20 years ago and in the present. The clues that fans previously found hinting at Kanjuro being the traitor were also confirmed to be accurate.