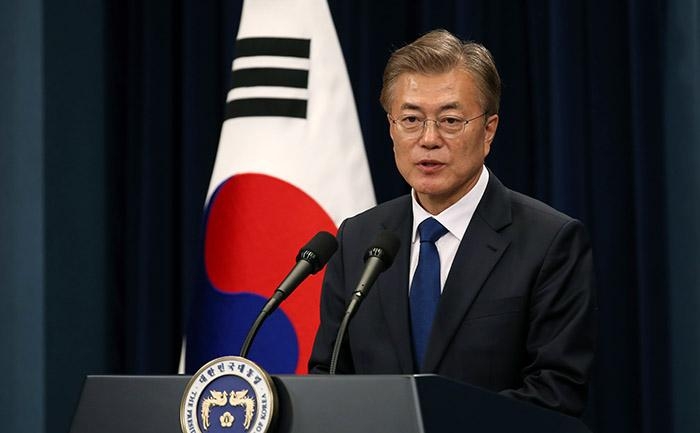 North Korea has continued testing its missiles despite sanctions and backlash from the international community. South Korean President Moon Jae-in recently warned that the Korean peninsula may be brought into a crisis should North Korea continue missile testing.

In a statement released to reporters this week, Moon stressed the need to prevent North Korea from testing its nuclear or long-range missiles. Moon warned that the region would face a crisis should Pyongyang continue its testing, and called for dialogue and diplomacy to make it happen. This comes as North Korea had carried out a record number of missile tests in January, with North Korean leader Kim Jong-un suggesting he may order more tests to happen.

“If North Korea’s repeated missile launches go as far as to breach moratorium, that would instantly bring the Korean Peninsula back to the crisis situation five years ago when there were concerns of war,” said Moon, referring to Kim’s self-imposed halt on testing ballistic missiles. “The political leaders of related nations should engage in persistent dialogue and diplomacy to prevent a similar crisis.”

This also comes as Washington and Pyongyang remain at odds over North Korea’s nuclear program. The tensions between the two countries proved to be a setback for Moon, who sought to improve relations between the two Koreas during his presidency. Moon is set to leave office in May following the South Korean presidential elections that will take place in March.

The outgoing South Korean leader shared that his biggest achievement was helping shift engagement towards diplomacy instead of military confrontation. However, Moon also revealed that his biggest regret was the unsuccessful summit between the US under Donald Trump and North Korea in Hanoi.

Nevertheless, Moon urged to return to top-down diplomacy, and that it would only be a matter of time before US President Joe Biden and Kim meet.

Meanwhile, the US think-tank Center for Strategic and International Studies released a report, saying that Pyongyang has completed a secret base close to its border with China that is believed to be for housing its long-range ballistic missiles. The report said that through satellite images, the Hoejung-ni missile operating base was identified.