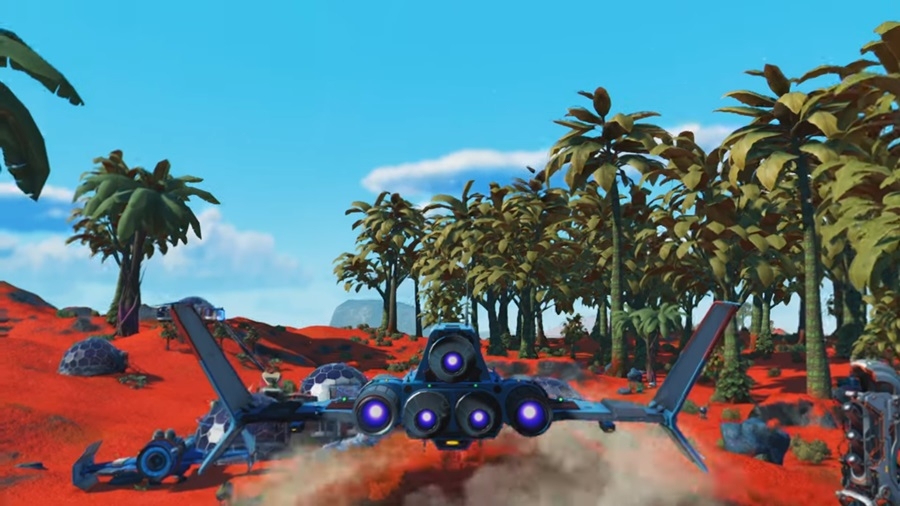 The “No Man’s Sky Beyond” update is well underway, and the general opinion of players is that it’s another great content from Hello Games. Sure, there are a lot of bugs and issues that are hampering the experience, but a couple of hotfixes from the developers, and this would likely be a thing of the past.

What’s more, “No Man’s Sky Beyond” is free for anyone who already owns the game. So if you’re someone who purchased it at launch and was severely disappointed, there’s no better time than to come back now.

“No Man’s Sky Beyond” offers a host of new content that just takes the game to a whole new level. Multiplayer has now been improved. Those who are playing on the console will be able to up their party from four to eight, while PC players can extend it up to a whopping 32 explorers, TechRadar reported.

No Man’s Sky Beyond dials down the Sentinel’s hostility

This isn’t to say that playing with other people is mandatory, however. If you want to keep your universe to yourself, then that’s still an option. It’s just that “No Man’s Sky Beyond” has now opened up the possibility of working with more people to take on bigger missions and earn bigger rewards.

Add the fact that the Sentinels aren’t as prevalent as before, and the exploration experience just gets more immersive. This isn’t to say that “No Man’s Sky Beyond” has completely dialed down the game’s hostility to considerable levels. It’s just that the developers understand that its fan base is far more interested in discovering planets than fighting creatures. But for those who have a penchant for violence, you can still drop on a hostile location and blow everything up to your heart’s content.

Simply put, “No Man’s Sky Beyond” is now allowing players to have fun by exploring and creating bases rather than constantly providing obstructions to make it feel more of a challenge. And that is probably one of the most rewarding change that this massive update has brought to its player base. Of course, the game still doesn’t equate to the hype that surrounded it before it launched three years ago. What it does is deliver an immersive experience that not only satisfy on a grand level but also provide a great distraction by offering you the little things that are often overlooked, Polygon reported.