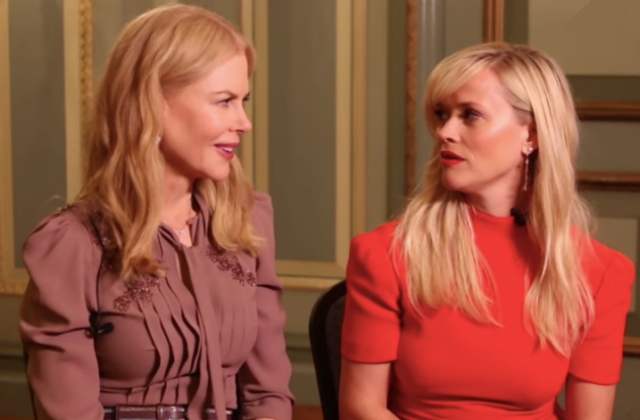 Nicole Kidman and Reese Witherspoon became really close friends when they worked together on “Big Little Lies.” It was even reported that the former is Reese’s confidante and their vacation homes even sit next to each other.

The reason why Nicole and Reese allegedly ended their friendship

However, Woman’s Day reported that this close friendship has ended. The magazine wrote that their relationship crumbled due to Nicole Kidman’s newest project. The actress is said to be producing a movie called “9 Perfect Strangers” and she will star in it as well.

Based on the report, a problem arose when Reese Witherspoon became upset when her friend took the project and moving its production to Australia. The paper seems to be suggestions that the “Legally Blonde” actress also wants to be part of the project but her friend decided to do it all alone.

“Nicole must have known there was no way Reese would be able to join her since she has three kids,” the unnamed tipster supposedly told Woman’s Day. “Reese has also been struggling a little bit in her marriage to husband Jim Toth and this is another reason why participating in the New South Wales production would be impossible for her.”

The source went on to say that she can’t blame Reese for being upset if omitting her out of the project was deliberate. She added that this conflict between Nicole Kidman and her friend is also going around Hollywood.

Furthermore, it was said that the thing that is really bothering Reese is the fact that she was actually the one who introduced Nicole to Liane Moriarty, the author of “Nine Perfect Strangers.”

“Reese was the one who cultivated a creative relationship with Liane initially,” the tipster said. It was something she was very proud of.”

Reese Whitherspoon is hurt because she will not be able to get involved, in any way, in the project since it is being produced miles away from her. This is allegedly what ruined their friendship.

Gossip Cop claimed that this Woman’s Day article is nonsense. The fact-checking site mentioned that WD has been doing this kind of false reporting for years because it already released numerous untrue stories and allegations about Nicole Kidman and Reese Whitherspoon.