George Clooney and Brad Pitt rumors: A-list actors rift is allegedly due to Julia Roberts and here’s why 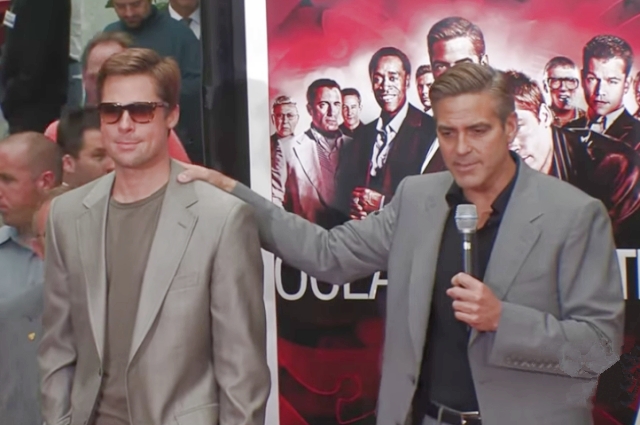 George Clooney and Brad Pitt are said to be involved in a serious fight over Julia Roberts. The “Ocean’s Thirteen” co-stars and long-time friends are said to be vying for the “Pretty Woman” actress’ attention as they both want to work with her.

Why George and Brad are fighting

As per New Idea, for many women, it is a dream come true if these two A-list stars would fight over them. However, for Julia Roberts, George Clooney and Brad Pitt’s falling out because of her is a nightmare.

“Both George and Brad and their respective production companies want to restart the industry with huge movies, and they will be competing with each other,” an insider supposedly told the magazine. “Ever since George left Brad off his wedding guest list because his wife Amal hated Angelina Jolie, they say there’s been tension and more than a little rivalry.”

It was added that Brad Pitt and George Clooney used to be very close, but ever since the “Batman” actor did not include the former to his wedding guest list, the tension in their friendship started. The reason why the latter could not invite Brad was because Amal Alamuddin allegedly hates Angelina Jolie.

The source further claimed that Brad and George’s conflict heightened when the two of them declared their wish to work with Julia Roberts for their own projects. “Both men want to do something steamy - a box-office guaranteeing thriller-romance - and neither will take no as an answer from Julia to play their leading woman,” the tipster claimed.

It was said that Julia Roberts was thrilled at first. She was flattered because two of Hollywood’s biggest actors are both demanding to work with her.

And the two also let her know about their intention through phone calls, invitations to dinners, and flowers that even made her feel like being courted by good-looking, romantic guys. The actress is said to be really good friends with both Brad and George, and they have been supporting each other for over a decade already, but things have turned awkward now.

Gossip Cop unveiled the truth by checking the details of this story and reaching out to people close to Brad Pitt. In no time, the publication concluded that while some aspects of the story could be true, it is false that Angelina Joli’s ex-husband is fighting with George Clooney over Julia Roberts.