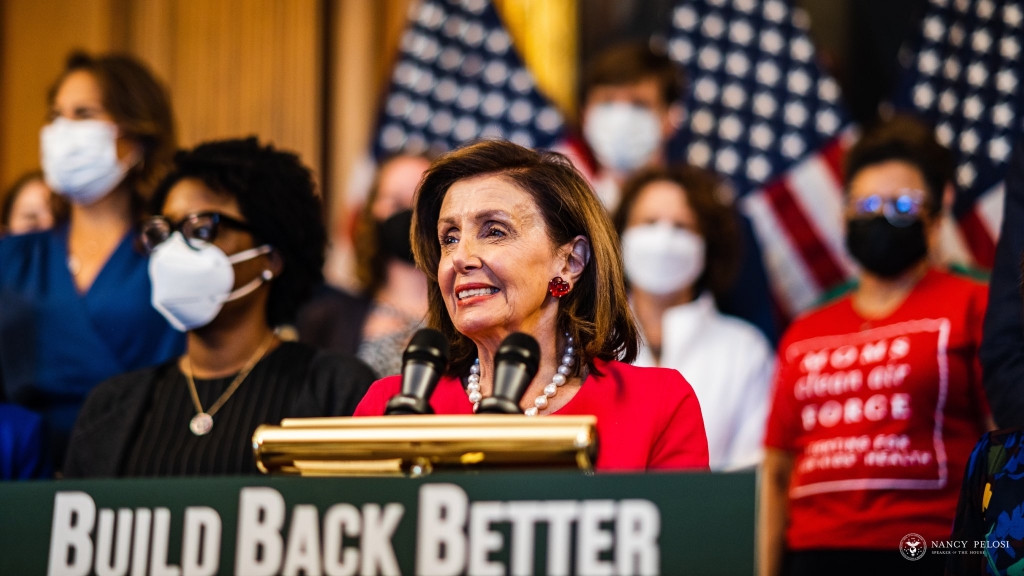 A point of contention among Democrats in the social spending bill is the price tag as well as how the legislation would be funded. House Speaker Nancy Pelosi says that the party-led legislation would be paid for by imposing a “billionaire’s tax” on the country’s wealthiest.

Over the weekend, Pelosi appeared on CNN’s “State of the Union” where she explained more about the social spending bill that is still being negotiated amongst members of her party. Pelosi said that she expects the House to pass the bipartisan infrastructure plan by the end of the week along with alternatives to corporate tax hikes and that a “billionaire’s tax” would be used to fund the social spending bill.

The House Speaker explained that international taxes, a wealth tax, and a bolstered IRS tax enforcement may be part of the final proposal. This comes as corporate tax hikes have been opposed by Arizona Senator Kyrsten Sinema. Sinema has pushed for minimum taxes on corporations and taxing the assets of billionaires.

“We will probably have a wealth tax,” said Pelosi. “But again, it’s only 10 percent of what we -you need.”

Passing both bills by the end of the week proves to be crucial as the social spending bill includes provisions to address climate change, as Joe Biden travels to Europe this week to attend the G20 conference and the climate summits at the end of the month. West Virginia Senator Joe Manchin is the only one opposed to the climate provisions in the bill. Sinema and Manchin’s support is important for the bill to pass the evenly divided Senate through reconciliation without the need for Republican votes.

As of now, Biden and other Democratic leaders appear to be looking toward an agreement with a price tag of $1.75 trillion from the original proposal of $3.5 trillion. Manchin has reportedly told Democratic leaders that he has agreed to a $1.75 trillion topline from his previous suggestion of $1.5 trillion according to CNN. However, people familiar with the matter said that Manchin has yet to explicitly signal his agreement to the proposal.