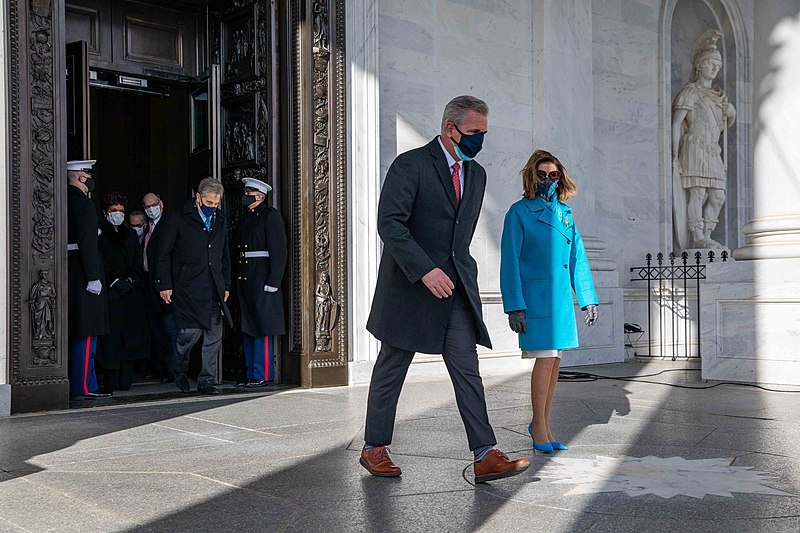 Pelosi’s plans to pass legislation to establish a commission has put her at odds with some GOP members of Congress especially when it came to the divide in membership. The House Speaker blasted McConnell last week when he criticized the notion of having a Democratic majority in the commission. McConnell also suggested that a wide review of political violence that went beyond the January 6 riots. Pelosi said she was disappointed by McConnell’s description of her proposal as “partisan by design.”

“Our focus is on finding out the truth,” said Pelosi. “We have a domestic terrorism challenge in this country. It seems that when [McConnell] spoke that he was taking a page out of the book of Senator Johnson,” added the House Speaker, referring to Wisconsin GOP Senator Ron Johnson.

Over the recent weeks following the Capitol riots, Johnson has sought to downplay the severity of the Capitol insurrection that left five people dead. The Wisconsin lawmaker also suggested that Pelosi was involved in the riots that occurred yet provided no evidence to back up his suggestion. Johnson was among the GOP Senators that voted to acquit former President Donald Trump during the impeachment trials.

“Ron Johnson seems to be taking the lead on what the scope of how we look at protecting our country from now on,” said Pelosi.

Meanwhile, the House passed the $1.9 trillion COVID-19 relief bill proposed by President Joe Biden over the weekend. The proposal would be on its way to the Senate as Congressional Democrats seek to approve more federal aid before unemployment benefits expire due to the pandemic. The bill was approved in a mostly party-line vote by 219 to 212, with all House Republicans including two Democrats voting against it. Senators are expected to consider the pandemic assistance plan in the coming week. This is also the first major legislative initiative for Biden.

The House Democrats approved the legislation through budget reconciliation, which would allow them to pass the bill without Republican support.