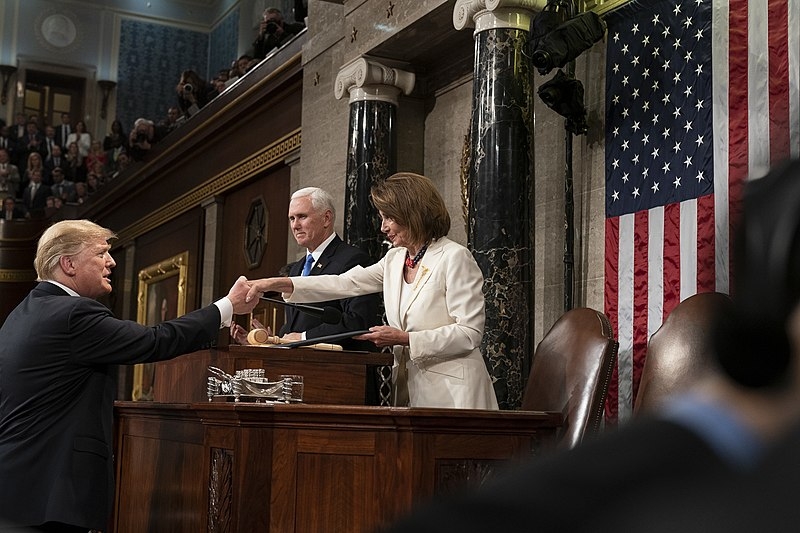 Among the lawmakers who were being targeted by the pro-Trump mob that stormed the Capitol last January 6 was Democratic House Speaker Nancy Pelosi. A new book recently claimed that Pelosi spoke with a top general, saying that now-former President Donald Trump should have already been arrested for inciting the insurrection.

A new book by journalists Bob Woodward and Robert Costa titled “Peril,” reveals a conversation Pelosi had with Chairman of the Joint Chiefs of Staff, Gen. Mark Milley over the phone back in January following the riots that killed five people and injured dozens of police officers who responded to the insurrection. Hundreds of insurrectionists have been identified, arrested, and detained since.

Pelosi, who is the second in line to the presidential succession, compared the now-twice impeached former president to a “dictator” who should have been arrested on the spot for inciting the riots. Trump held a rally hours prior to the insurrection. In the conversation, Gen. Milley reportedly agreed with all of Pelosi’s assertions regarding the incident.

“But it is a sad state of affairs for our country that we’ve been taken over by a dictator who used force against another branch of government,” Pelosi said to Milley days after the insurrection, according to the book.

“And he’s still sitting there. He should have been arrested. He should have been arrested on the spot,” the House Speaker added. “He had a coup d’etat against us so he could stay in office. There should be some way to remove him,” Pelosi went on to say, the book noting that at the time, the House Speaker was looking into persuading then-vice president Mike Pence and Trump’s Cabinet to invoke the 25th Amendment.

The book also revealed that Gen. Milley believed that the insurrection was a planned attempt to overthrow the US government to prevent certification of Joe Biden’s election victory.

Previously on Sunday, Pelosi expressed concerns regarding the alleged torture of a Saudi aid worker while in detention. The worker, Abdulrahman al-Sadhan, was detained by Saudi authorities back in March of 2018 and was sentenced to 20 years in prison along with a 20-year travel ban, according to a State Department statement dating April 6.

Pelosi tweeted that Congress will be monitoring Sadhan’s appeal hearing Monday, along with the human rights abuses by the regime.