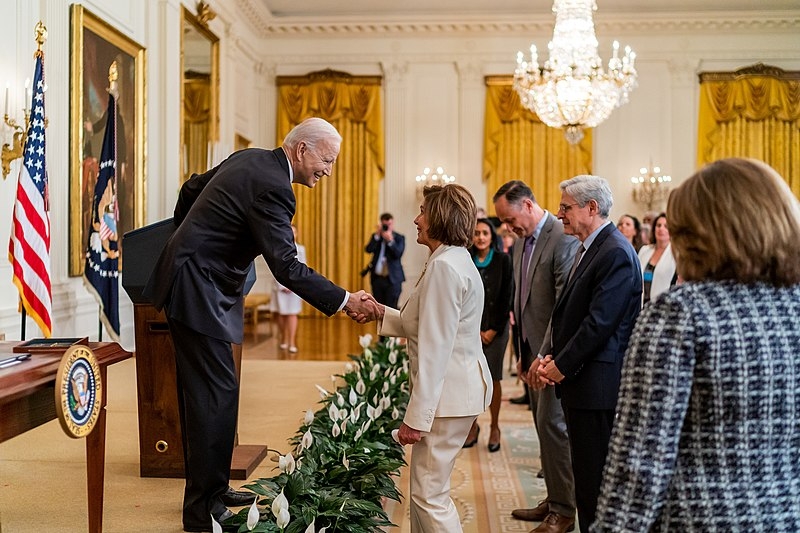 There has been a showdown in recent weeks within the Democratic Party in the House as several House Democrats on the conservative faction have threatened to withhold votes on the budget resolution. However, this week, following the deal made by House Speaker Nancy Pelosi and other Democratic leaders, the House passed the $3.5 trillion budget resolution blueprint.

House Democrats this week voted to pass the $3.5 trillion budget resolution blueprint on a 220-212 vote without any Republican support. This follows a deal made by the leadership with several conservative Democrats who threatened to withhold votes on the resolution if a vote on the infrastructure bill was not made immediately. The passage also ends the standoff between conservative Democrats and the entire party, given that the party holds the majority by a thin margin.

To note, the bipartisan infrastructure bill had already received bipartisan support when it passed the Senate a few weeks earlier. The budget resolution blueprint would then move onto the upper chamber. With the support of the White House, Pelosi met with lawmakers and fellow Democratic leadership to work on a compromise regarding the proposals that would bring forward the agenda of US President Joe Biden.

In the deal, Pelosi committed to voting on the infrastructure deal no later than September 27. This is also in line with Pelosi’s goals of passing both bills by October 1. House committees are currently at work to draft the budget resolution bill that would make investments in social infrastructure.

The partisan budget resolution bill passing through the Senate may pose a challenge as some Democratic senators - Joe Manchin of West Virginia and Kyrsten Sinema of Arizona - said that they cannot support the resolution.

Meanwhile, Pelosi has warned lawmakers not to make unnecessary diversions of US resources by traveling to Afghanistan at a time where a withdrawal is taking place. This follows news of a few lawmakers -- Democrat Seth Moulton and Republican Peter Meijer, confirming that they traveled to the war-torn country. Both Moulton and Meijer are veterans who have criticized the Biden administration for handling the withdrawal as the Taliban took over the country.