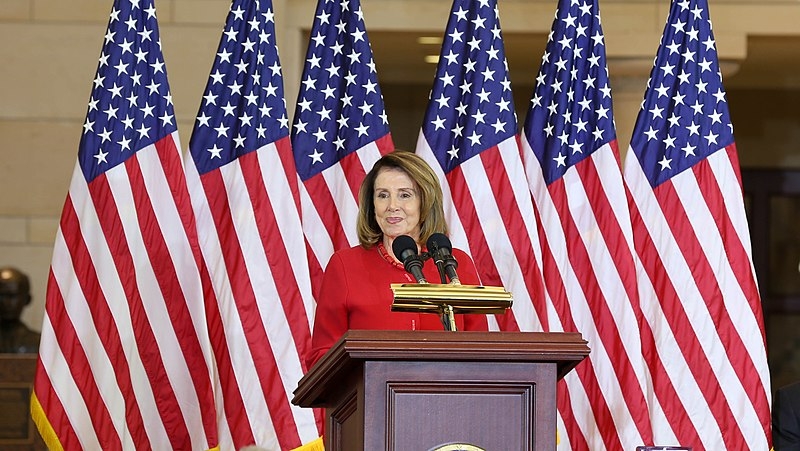 House Speaker Nancy Pelosi has announced that there would be a select committee to investigate the events of January 6. Amidst speculation as to which Republicans would be serving in the committee, Georgia congresswoman and conspiracy theorist Marjorie Taylor Greene has expressed interest in participating.

Speaking with CNN over the weekend, Greene said she would like to join Pelosi’s committee to investigate the insurrection. With the GOP congresswoman expressing interest, it would likely frustrate lawmakers who are determined to look into the events of the riots that left five people dead and over 100 Capitol Police officers injured. Greene was also known to be peddling conspiracies from other conservatives that groups like the BLM or Antifa or even the FBI actually started the insurrection.

Greene did not provide any evidence to back up her claims, especially after being pressed on the false flag theory that is currently being promoted by right-wing sites and news outlets like Fox News. The theory alleges that the FBI staged the entire insurrection. Greene instead said that there are questions that need to be answered in an attempt to deflect the responsibility of the riots onto supporters of former President Donald Trump.

Greene added that she was willing to accept that the FBI was not involved in the insurrection provided that the agency shows evidence of their lack of involvement.

This follows Pelosi’s announcement last week that she would create a select committee to investigate the riots following the obstruction coming from Senate Republicans. The select committee will put together the various House Democratic investigations into the events in a single effort.

Previously, Pelosi also said last week that the House would not take up the bipartisan infrastructure bill unless a bigger infrastructure package passes the Senate through reconciliation. The move would bypass any Republican obstruction. Pelosi’s comments follow news that a bipartisan agreement was reached between Republican and Democratic Senators regarding the infrastructure proposal.