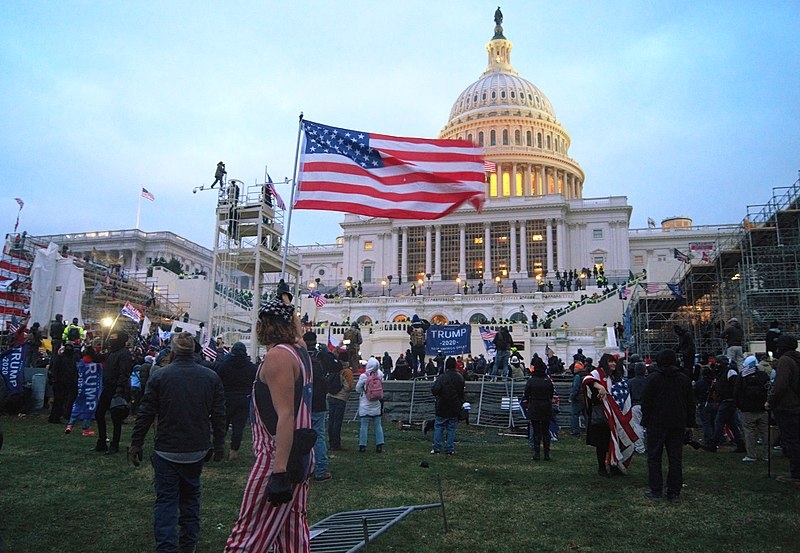 Congress is still reeling from the aftermath of the insurrection that occurred last January 6. Two staff members of House Speaker Nancy Pelosi recall their experience hearing the rioters look for the California Democrat.

Two of Pelosi’s staff members, Alisa La and Kelsey Smith, appeared on CNN over the weekend, where they shared their experience of what happened during the insurrection. A pro-Trump mob with white nationalists stormed the Capitol to derail Congress’ certification of Joe Biden’s election victory against Donald Trump. The riot led to five people dead and over 100 Capitol Police officers injured.

Over 400 of the rioters have already been identified and arrested for their involvement. The rioters were also targeting top Democrats and then-vice president Mike Pence for refusing to overturn the election results. Both La and Smith recalled how they heard the rioters looking for their boss.

“Just the way he was chanting her name, it haunts me,” said Smith. “He was not going to be nice if he found her or someone associated with her.”

La added that there may have been more than one man who was trying to look for Pelosi as well. Smith also shared the moment the rioters found the office where they were hiding.

“So we’re hearing it from behind us, and in front of our door, so it was completely -- the sound surrounded us to the point we’re just hearing the shouting and the yelling and the banging and the crashing and shattering of glass,” Smith continued. “But then once they started banging on the door, that’s all I heard. That’s what I still think about, the door sound.”

Hours prior to the insurrection, the former president, with his allies, held a rally in DC to protest Congress’ certification. This move was paired with many Republican lawmakers who voted to reject the results, which ultimately failed. Pelosi proposed a commission to investigate the events that led to the insurrection, a bipartisan proposal that ultimately failed to pass in the Senate through filibuster rules.

However, Pelosi and House Democrats are moving forward with alternative means to investigate the incident. California Rep. Maxine Waters reiterated the call to have the former president and his campaign investigated for the insurrection. Waters’ comments came in response to seeing her name trending on Twitter.

“Logged on to Twitter only to see that my haters have me trending again! Does the truth make you that mad? I’ll say it again: Trump and his campaign must be investigated for the January 6th insurrection. Follow the money!” tweeted Waters.