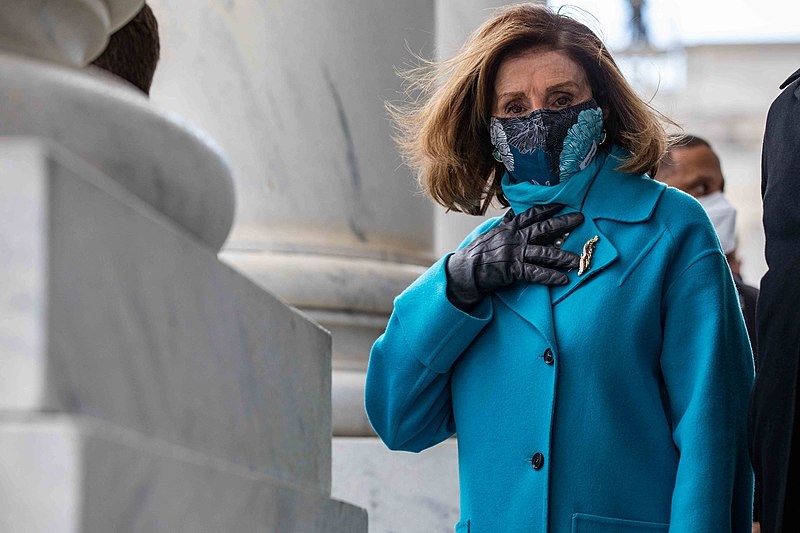 With Senate Republicans filibustering the bipartisan proposal for a January 6 commission, Democratic House Speaker Nancy Pelosi is looking to other alternatives. Pelosi announced this week that the House will continue with the investigations despite the obstruction from the GOP in the upper chamber.

The House Speaker said Tuesday that the House will still move forward with investigations on the events of January 6. Pelosi met with several committee chairs prior to a House Judiciary Committee hearing for FBI Director Christopher Wray and other military officials. Pelosi noted that the final form of the investigation has yet to be determined.

“Whether we have a commission today, tomorrow, or the next day over in the Senate, or not, the work of the committees will be very important in what we’re seeking for the American people -- the truth,” said Pelosi. “We can’t wait any longer. We will proceed.”

This also follows a Senate report that was released last week that found that Capitol Police intelligence had already been gathering data on the possible plans to breach the Capitol as far back as December. However, they failed to inform the USCP leadership about the threats as well as to officers or federal law enforcement agencies.

US President Joe Biden has opposed forming his own presidential commission, an option that Pelosi had already previously ruled out. The White House said that Biden is letting Pelosi take the lead on the probe. The proposal for a bipartisan commission into the events of January 6 was also received with bipartisan support from American voters, including the majority of moderate and liberal Republicans.

Meanwhile, over 200 Jewish Rabbis criticized the House Speaker for her failure to strongly reprimand the comments made by Minnesota progressive Democratic Rep. Ilhan Omar. The rabbis sent a letter to Pelosi criticizing her failure to rebuke Omar for her comments and called for her to remove Omar from the House Foreign Affairs Committee. This has also followed calls by House Republicans to have Omar removed from the committee as well.

“We must have the same level of accountability and justice for all victims of crimes against humanity. We have seen unthinkable atrocities committed by the US, Hamas, Israel, Afghanistan, and the Taliban,” tweeted Omar, which sparked controversy.

Omar later clarified her tweet, saying that she did not intend to compare the US and Israel to terrorist organizations. Pelosi also addressed the controversy and said she will not take retaliatory action against Omar.