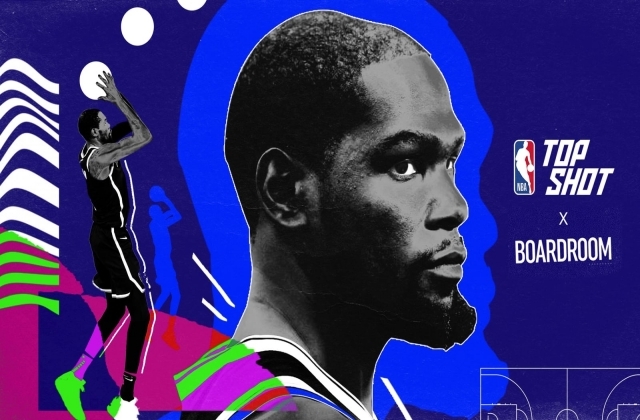 Kevin Durant’s Boardroom media company and Dapper Labs, a firm offering blockchain-based experiences, have teamed up to create original and exclusive NBA Top Shot Moments video and other content. The companies entered into a two-year partnership deal, and this was announced on Wednesday, Oct. 13.

Boardroom was established by NBA player Kevin Durant and Thirty Five Ventures, an investment company that the star also owns. It will now be working with Dapper Labs, and their terms for the agreement were not disclosed.

According to CoinDesk, Durant’s long-time manager, Rich Kleiman, is also involved in the pro basketball player’s collaboration with Dapper Labs’ NBA Top Shots. The deal involves the creation of non-fungible tokens or NFTs featuring great NBA moments in the form of digital collectibles and video content.

The Vancouver, Canada, headquartered Dapper Labs runs the NBA Top Shot, which is a popular basketball collectible platform. The deal was said to have been designed to bring Durant and basketball fans worldwide closer.

This was made possible through a groundbreaking way of incorporating the player into Dapper Labs’ platform that is continuing to create cutting-edge projects for the fans. What’s more, through the partnership, Boardroom said that fans could enjoy giveaways, experience fan-to-fan trading, and see highlights of key Moments and BTS videos.

It was noted that Durant is the latest National Basketball Association icon to associate themselves with Dapper Labs. Michael Jordan, for one, has invested in the company earlier this year.

At any rate, the Boardroom and Dapper Labs’ deal comes after the latter was able to raise $250 million and manage to secure deals to curate collectible NFTs with the LaLiga soccer league. These agreements are obviously the fruit of the company’s strategy of integrating a popular brand with NFTs.

“From the moment we met with Kevin and Rich, it was clear that we shared a passion to bring fans closer than ever and in the most epic ways to their favorite athletes,” Dapper Labs chief executive officer Roham Gharegozlou said in the announcement. “As KD continues to put his stamp on game-changing moments, we’re able to offer fans access to him in entirely new ways and cement NBA Top Shot’s place at the center of the fan experience.”