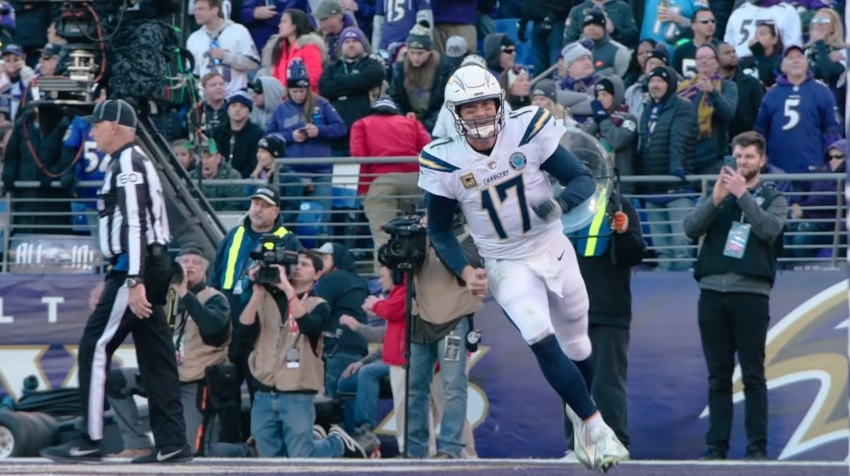 The Super Bowl LIV has yet to take place but the NFL rumor mill is already very active with several big names headed to free agency this offseason. The list includes Philip Rivers, who has never worn a jersey other than that of the Chargers franchise since he entered the league in 2004. His long-running relationship with the team is reportedly going to end, but not necessarily because the quarterback is retiring.

This is going to be a very interesting offseason and free agency, especially with the likes of Rivers potentially joining the slew of contract negotiations. While there is always a chance for him to re-sign with the Chargers, a new report came out claiming that the organization is also looking forward to having a new QB in their 2020 lineup.

Jay Glazer said in “The Herd with Colin Cowherd” program on FS1 on Monday that the Chargers are reportedly moving on from Rivers. Additionally, NBC Sports reported that Rivers has already relocated his family in Florida, which is commonly a telling sign if a professional athlete is going to sign with a new team in an upcoming season.

Rivers has spent his entire 16 years of NFL career with the Chargers, as mentioned, and he never missed a game in all the regular seasons he has been in. Rivers completed 390 passes out of 591 attempts in 4,615 passing yards in what could be his last year donning the Chargers jersey. Considering the length of his professional career, some reports also floated the possibility for the eight-time Pro Bowl veteran to retire after this season wraps up.

NFL free agency rumors: Where is Tom Brady headed next?

Rivers is not the only big name expected to enter free agency in March, and his case might also not be the only long-running NFL relationship to end ahead of season 2020. Reports have been rife in the previous weeks that Tom Brady is most likely entering the free agency instead of immediately extending his stay in New England.

Brady and the Patriots have yet to give definitive answers regarding their partnership in the next season. However, there are rumors that the star QB may have also been making arrangements to move his family to a different city. NFL free agency will officially open on March 18 at 4 p.m. New York time, but teams can contact eligible players through certified agents as early as March 16.