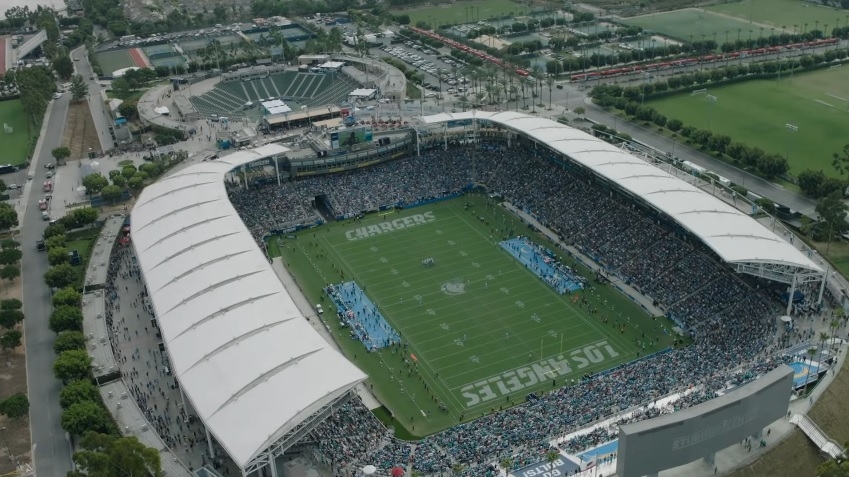 The world is facing a great challenge amid the coronavirus global pandemic, and even prestigious sporting events such as those held by the NFL are not excluded. As a safety precaution, this year’s Draft affairs will be unconventional.

Most recently, NFL officials have banned franchises from personally visiting and meeting with their Draft 2020 prospects. The Las Vegas Raiders and Los Angeles Chargers have reportedly tried the new method already and made calls for prospective quarterback Justin Herbert.

NFL Network’s Ian Rapoport reported Monday that the Chargers and Raiders had used one of their 30 pre-Draft “visits” to call Herbert through “FaceTime meetings." This year’s Draft takes place in a few weeks, and it means that there are several ways the rookies’ placements could go. However, most sports analysts are convinced that Herbert would be a first-round pick.

With no pre-draft visits due to Coronavirus, teams have turned to FaceTime meetings with prospects instead. For instance, #Oregon QB Justin Herbert has a video call with the #Raiders today, and he’s spoken with the #Chargers, too. Everyone is adjusting to new realities.

Most mock Drafts have named Herbert as potentially the overall no. 6 pick – and top 3 QB in the Draft 2020 class after Joe Burrow and Tua Tagovailoa. That would mean landing a spot in the Chargers roster. Herbert played one of his best years of college football during the NCAA season 2019 with 3,471 passing yards at a 66.8 percent completion, 32 touchdowns, and 6 interceptions.

If the Herbert predictions would come to fruition, Raiders does not seem to stand a chance in signing the Oregon Ducks star as he is very much expected to be in the top 10 picks. The Las Vegas franchise’s highest pick in the first round is at no. 12.

It should not matter much to the Raiders though. They have Derek Carr, whom they drafted in 2014, as a starter. The team recently got a QB reinforcement as well after signing Marcus Mariota from the free agency. Simply put, the Raiders’ QB needs are far more minimal compared to the Chargers.

NFL Draft 2020: What has changed amid the coronavirus pandemic

As mentioned, the pre-Draft “visits” will be very different this year as NFL released a memo prohibiting all in-person meetings for any draft-eligible players. Teams can only communicate with their Draft prospects through phone calls and video conferences that each should not last longer than an hour. Each team can call three different players every week.

NFL has kept the Draft 2020 schedule on April 23-25, but all public events have been canceled. This means fans will not see the usual gathering of draft-eligible players with their families in a designated venue due to COVID-19 concerns.