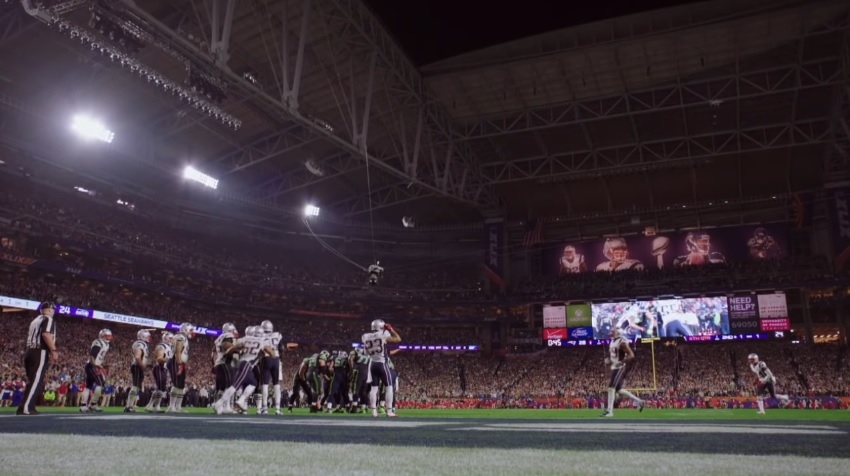 From the trailer of “Do Your Job: Bill Belichick and the 2014 Patriots” | Photo credit: NFL Media Originals / YouTube screenshot

Most of the NFL Draft speculations this week have been focused on Utah State’s Jordan Love. He has been keeping the rumor mill busy with reports that the New England Patriots joins the slew of teams interested in signing the young quarterback next week.

There is no doubt that the quarterback market will always be one of the most speculated aspects of the NFL Draft. This time is much more special for reasons related to the biggest QB veterans who recently decided to leave their long-time franchises like Tom Brady.

While the Patriots have QBs currently on their roster, the mere departure of Brady is enough reason to speculate that the franchise could be a little more aggressive in the QB market this year. ESPN’s Jeremy Fowler reports that the New England team is one of the organizations “doing serious homework” on Love.

Perhaps the teams need to do extra research considering the apparent decline in Love’s stats in his latest collegiate season. In 2018, he had a 64 percent passing completion rate, but that went down to 61.9 percent the following year. He made 3,567 passing yards and 32 touchdowns in 2018, but figures for the respective stats plunged to 3,402 and 20 in 2019.

The change in his performance is something to think about for NFL teams in the QB market, especially when there are more talented players in the class playing in the same position. For one, the Patriots have also been rumored to be interested in Oregon’s Justin Herbert, who also reportedly received pre-Draft calls from the Las Vegas Raiders and the Los Angeles Chargers.

An anonymous GM scouting in the QB market told Peter King, “Jordan Love’s a polarizing player. He’s the most exciting quarterback in the draft. He’s not Mahomes, but coached well, he could become a really good player.”

Over the previous weeks, team representatives would conduct in-person meetings to know more about their prospects. The annual NFL Draft is also usually a well-attended public event with families of potential rookies joining the three-day spectacle. But all that changes this year due to the COVID-19 pandemic.

Here’s the NFL memo. Teams can still do phone and video chats with draft prospects. pic.twitter.com/mVM4j92kjt

To adhere to safety precautions to slow down the spread of coronavirus, the NFL prohibited teams from conduction in-person pre-Draft meetings this year. They are instead limited to holding phone and video calls for interviews. While the NFL Draft on April 23-25 was not canceled, league officials decided not to push through with the public events. This means the prospects will no longer attend a designated venue with their families, and the actual Draft process is going to be televised only.