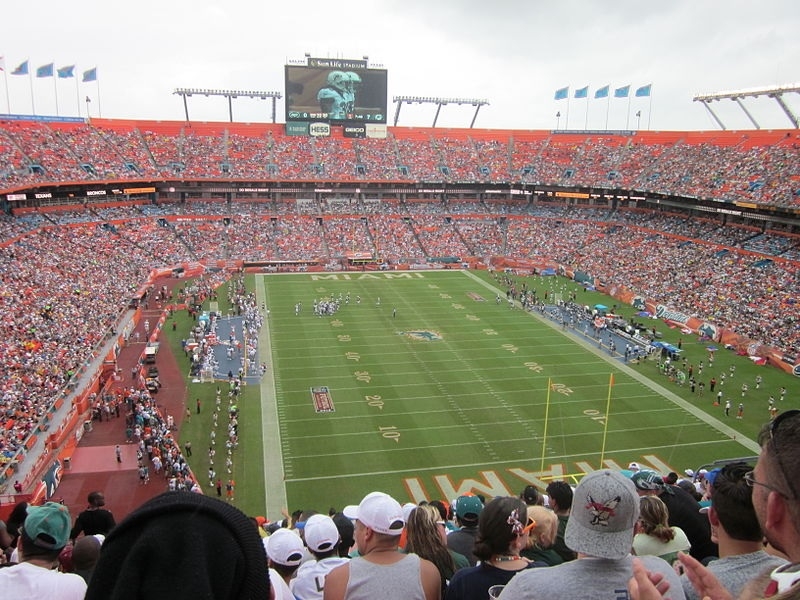 National Football League officials have announced the schedule for the 2020 season. As expected, the primary plan is to maintain a 17-week program for the regular season. However, they are reportedly open to adjustments should the coronavirus pandemic oblige them in the coming weeks.

NFL 2020 season schedule: What has been announced

The 17-week regular season will commence on Thursday, Sept. 10, featuring the matchup between Houston Texans and the reigning Super Bowl champion Kansas City Chiefs. To Tom Brady fans out there, get ready to witness the star quarterback donning a new jersey with his new franchise Tampa Bay Buccaneers on Sunday, Sept. 13, against the New Orleans Saints.

If everything goes as NFL hopes in the following weeks and months, the playoffs should start on Jan. 9, 2021, to be followed by the next Pro Bowl on Jan. 31. Per tradition, the Super Bowl match should take place in a week, which, in this case, falls on Feb. 7, 2021. The championship game will be hosted at the Raymond James Stadium in Tampa, Florida.

NFL 2020 season: What could change

The league eluded major scheduling conflicts because the 2019 season already ended just as the COVID-19 pandemic was starting to gain numbers in the United States. Super Bowl LIV happened last Feb. 2 – the United States recorded just 11 active cases of COVID-19 at the time. Now, as of May 12, the U.S. has had more than 1.3 million novel coronavirus infections and close to surpassing 81,000 deaths.

With the massive difference in the public health situation, NFL fans are better off expecting that the 2020 season schedule could change in one way or another. Even before the schedule was announced, there were rumors that the league could be delayed by a few weeks. This could mean Week 1 might be moved to October, while Super Bowl LV could be pushed back to late February.

Meanwhile, the 2020 regular season schedule currently in place is also designed to accommodate changes along the way. LA Times pointed out the upcoming Week 2 resembles that of the 2011 regular season when the NFL had to make adjustments while hashing out labor issues with the players.

In this year’s Week 2 program, teams are going up against franchises that have the same bye week. This way, if the NFL needed to cancel Week 2 games, teams would still face their scheduled opponents in the off week.

There have also been speculations that teams based in California might not be able to play as much in their home fields. And, of course, there is also the lingering chance that NFL 2020 games will proceed with a limited number of spectators or even prohibiting in-person attendance at the game venues.