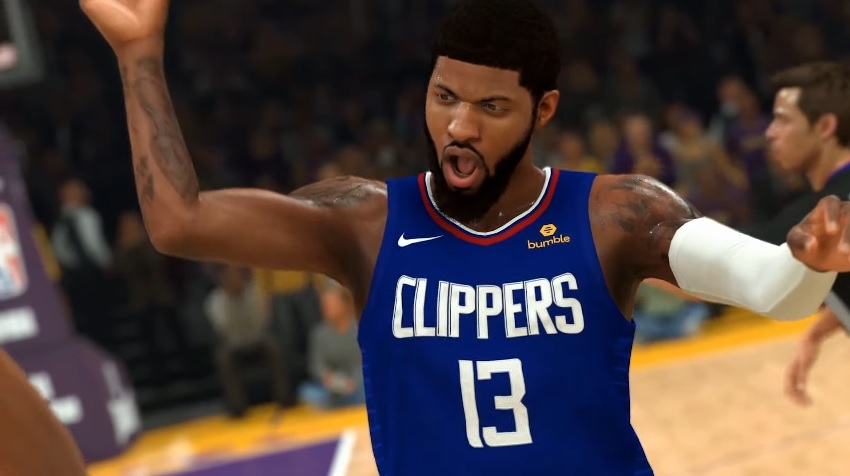 From the “NBA 2K20: Next Is Now” trailer | Photo credit: NBA 2K/YouTube screenshot

“NBA 2K20” players are finally getting the latest update on the overall (OVR) ratings of their favorite players. The change in Trae Young and Nikola Jokic’s numbers are some of the most remarkable updates in this batch as their rating climb up to the 90-point mark. Both NBA stars gained an additional point on their ratings this month.

However, this might not be the best “NBA 2K20” ratings update for fans of Paul George as the Los Angeles Clippers star takes a two-point deduction. Another veteran, Chris Paul, sees a different story as he joins the biggest winners in this round of updates.

Young is definitely one of the most talked-about players in the NBA this season. He has been one of the most recognizable faces in “NBA 2K20” promos lately, and that is for a good reason. The sophomore point guard has been leading the Atlanta Hawks with his consistent scoring.

“NBA 2K20” players may have some opinions about Young’s defensive skills, but his recent numbers on other aspects of the game shows why he deserves the upgrade. His monthly per-game points average between November and December was maintained at over 28 points. In the games he has played this month, he is already showing an improvement averaging 32.5 points so far in 2020.

As for Jokic, some fans think he deserves more than just a +1 in the latest “NBA 2K20” ratings update. It is also not hard to see their point since Jokic has been improving in the previous months. His per-game average points were up by 5 between November and December (15.8 to 20.8), and he is continuing that path in the games that he has played this year. This month, he is so far averaging 25.8 points per game.

“NBA 2K20” players who are also fans of George welcomes 2020 with a -2 on the six-time All-Star player bringing his OVR to 91. While he remains one of the reliable players for the Clippers when he is around, his season 2019-20 stint has so far been riddled with injuries. He has only played two games in January after suffering a hamstring injury and was still missing against Orlando Magic on Wednesday.

Chris Paul, on the other hand, is doing well in the latest “NBA 2K20” update, thanks to his improving play over the past couple of months. He received a +1, making his OVR rating 87. His scoring improved in December after averaging 17.7 points per game compared to his 16.0 record in November. The complete list of the OVR ratings changes is now up on the “NBA 2K’s” official Facebook page.