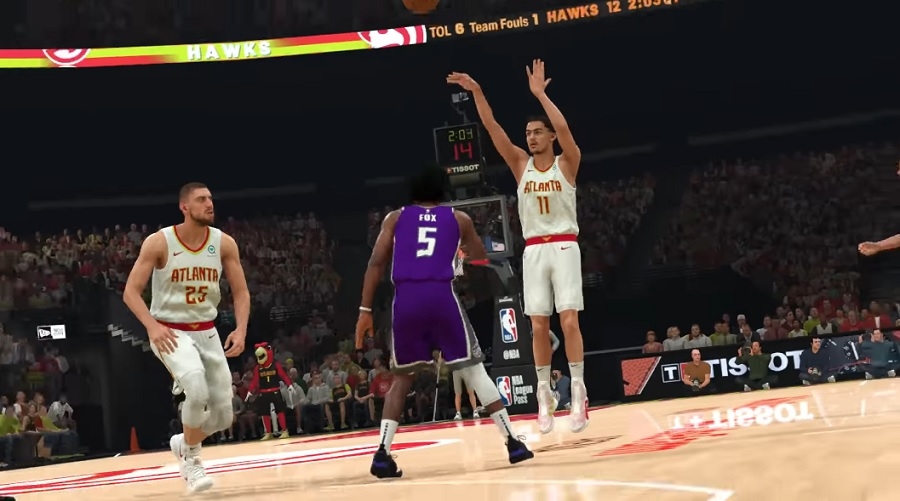 While many gaming fans are still worked up about the gameplay issues that 2K Games has yet to fix on “NBA 2K20,” developers issued updates on another aspect of the game. Some players got their overall ratings updated as the real-life National Basketball Association completes its first two weeks of season 2019-20.

Several basketball stars got their “NBA 2K20” stats higher than they were last September. However, some players have also seen their ratings go down by some points.

Some of the players that saw a good increased in their overall “NBA 2K20” ratings are Derrick Rose (Detroit Pistons), Brandon Ingram (New Orleans Pelicans), and Trae Young (Atlanta Hawks). These players’ overall ratings went up by four points, bringing it up to 89 for Young, 85 for Ingram, and 84 for Rose.

Luka Doncic of the Dallas Mavericks has crossed the 90 points mark after gaining a three-point increase in his overall “NBA 2K20” ratings. Devin Booker of the Phoenix Suns and Kyrie Irving of the Brooklyn Nets each got a point bump making their OVR ratings 87 and 92, respectively.

???? First 2K20 Ratings update. Some ⭐'s when up, some went down. Reply with your thoughts using #2KRatings pic.twitter.com/aaZM7ROL88

On the other hand, not all players are having a great “NBA 2K20” rating update. Denver Nuggets center Nikola Jokic’s overall ratings got a point deduction. Golden State Warriors guard D’Angelo Russell’s updated rating is two points lower than when the game launched in September.

The “NBA 2K20” ratings are not exactly a mirror of the players’ actual stats in the real-life league. But it is obvious that, for some players, their actual performance in the NBA affects their standing in the video game franchise.

Forbes report, for example, that Ingram’s “NBA 2K20” badges are now up to 14 badges, which is 10 more than what he had when the game launched. The same report pointed out that Ingram’s better stats in the video game is a translation of him having a great start in the NBA season 2019-20 with the absence of Zion Williamson. Pelicans’ no. 1 draft pick has yet to play a game in the professional league as he recovers from a torn right lateral meniscus.