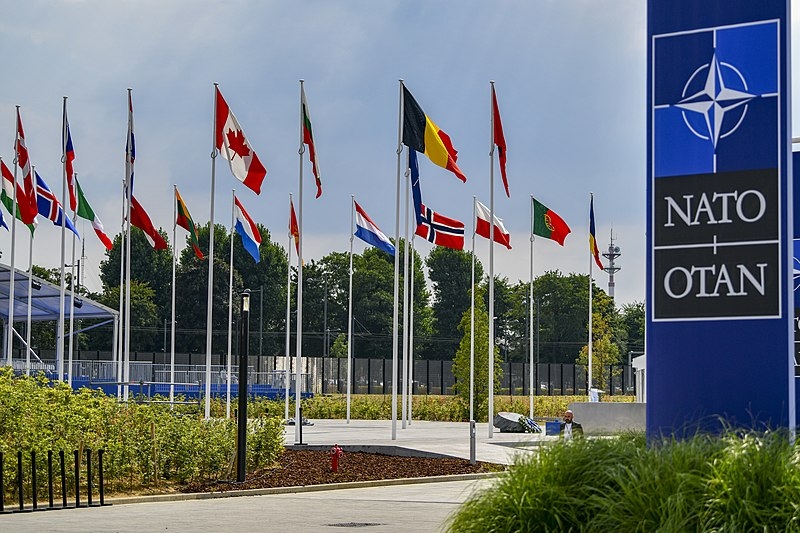 Speaking at a press conference with Serbian President Aleksandar Vucic Wednesday, NATO Secretary-General Jens Stoltenberg said the alliance is prepared to step up its peacekeeping forces, noting that there are nearly 4,000 peacekeeping troops in Kosovo.

Stoltenberg’s comments came ahead of the discussions between Serbia and Kosovo.

“If needed, we will move forces, deploy them where needed, and increase our presence. We have already increased the presence in the north. We are ready to do more,” said Stoltenberg.

Tensions between Serbia and Kosovo escalated this month when Pristina said it would favor Serbs that reside in the north, backed by Belgrade and do not recognize Kosovo institutions, to use license plates issued in Pristina.

The situation eased when Kosovo Prime Minister Albin Kurti, facing pressure from the United States and the European Union, agreed to postpone the move to September 1.

However, Vucic said during the news conference at NATO that the upcoming discussions with Kurti Thursday would pose a challenge as both sides disagree on nearly everything. Kurti, who met with Stoltenberg prior to the NATO chief’s meeting with Vucic, reiterated Kosovo’s desire to become a NATO member state.

“The threats, risks, and challenges that NATO faces in the current security environment are felt by our country as well,” Kurti told reporters, linking the issues to Russia’s influence in the region.

During the talks between Vucic and Kurti, both sides failed to reach an agreement to resolve differences that have fueled tensions between the two nations. However, both sides agreed to resume talks ahead of the September 1 deadline, which may fuel further unrest.

“Unhappily, we did not yet come to an agreement today,” the EU’s foreign policy chief Josep Borrell told reporters Thursday after the hours-long discussions, yet suggested optimism as both sides agreed to meet again for another round of discussions. Borrell added that there is still time before the deadline.