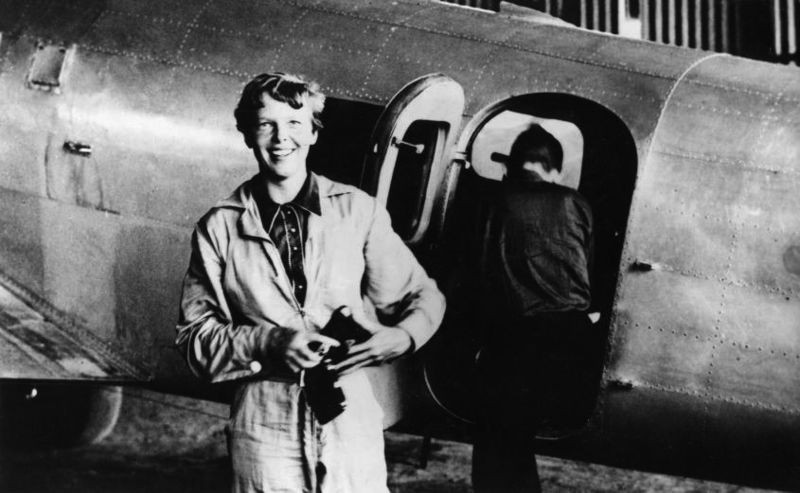 In time for International Women’s Day, one of the most prominent women in history was Amelia Earhart. NASA recently shared a photo of the pilot during her first visit to the space agency in 1928.

Express reports that the agency shared a photo of Earhart during her visit to the National Advisory Committee for Aeronautics or NACA back in November of 1928 to celebrate her success in becoming the first woman to fly across the Atlantic. NACA was established in 1915 and would later become the predecessor to the current space agency in the United States, NASA. The photo showed the pilot along with some of her peers and was revealed to have been taken just moments before a part of her fur coat was sucked into a high-speed tunnel.

According to the agency, who is also celebrating the launch of its predecessor, the photo with Earhart was taken on the steps of the Langley Research Building. Alongside Earhart were E.A. Myers, Eton Miller, Henry Reid, Lieutenant Colonel Jacob W.S. Wuest. Behind Earhart was Carlton Kemper, Raymond Sharp, Thomas Carroll, Fred Weick, and one other person.

Earhart’s disappearance nine years later in 1937 has often been discussed by many over the years. Theories have circulated on what may have happened to her and her navigator Fred Noonan during her second try at circumnavigating the world. Theories as wild as undiscovered creatures eating them up or supernatural occurrences or even military espionage have surrounded Earhart’s disappearance and eventual death.

However, the answer may have already been found, according to historian Richard Gillespie. Gillespie claims that the decades-old mystery has already been solved; it was just never made public. On the search for the answer, the historian spent years and millions in the process. “The whole thing was a tragedy, worsened by misunderstandings and mistakes,” said Gillespie.

Clues that have surfaced over the later years, such as 120 radio distress signals, Gillespie and his team have concluded that 57 of those distress signals were viable ones. The signals appeared to be coming from Nikumaroro Island which is now known as Gardner Island, the place where the historian believes Earhart and Noonan met their demise.