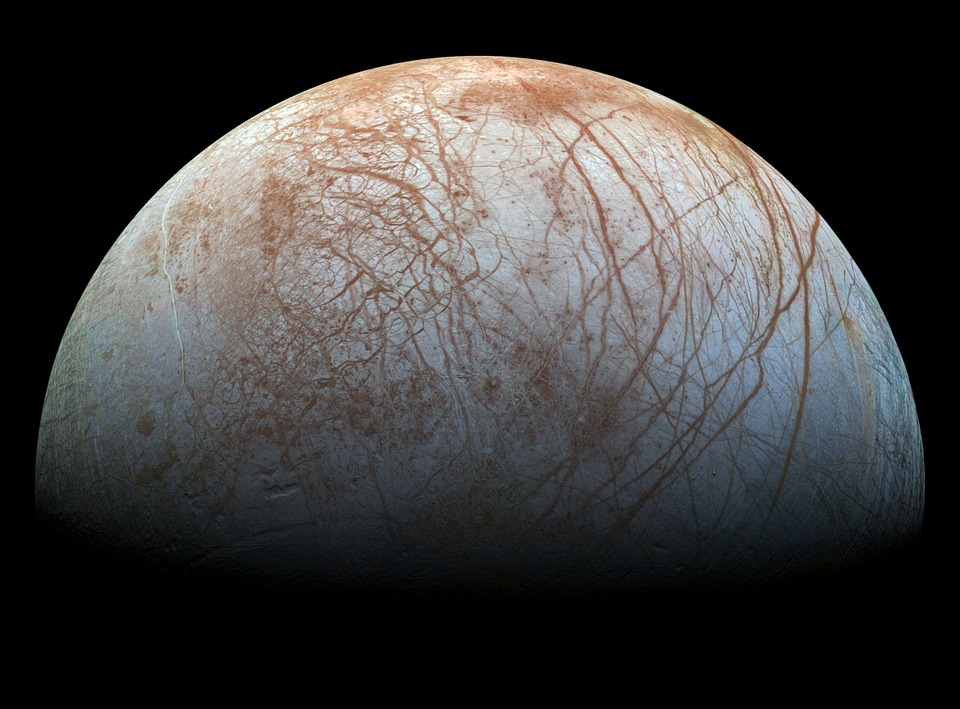 For a long time, many have dwelled on the possibility of there being life outside of Earth, the question of whether or not we are alone in the universe forever hanging in the air. Now, as part of the search for alien life or living entities in space, NASA is reportedly focusing on searching for life on one of Jupiter’s moons, Europa.

Express reports that the agency is reprocessing images of Jupiter’s moon Europa that were taken by the Galileo spacecraft from 1995 to 2003. Scientists have reprocessed images of Europa as a way to further understand its surface. This moon is known for being the smoothest in the Solar System, but it actually has a lot of texture up close.

Europa is seen to have ridges, cracks, and bumps on its surface, which is why it would pose a challenge for spacecrafts to make a landing on the moon. However, this seems to be the least of the scientists’ concerns when analyzing Europa. NASA has since published three of the reprocessed images, showing different regions of Europa but with emphasis on a terrain-like surface called the Chaos Terrain and its three parts: Chaos Transition, Crisscrossing Bands, and Chaos Terrain near Aegeor Lineae.

According to the agency’s Jet Propulsion Laboratory planetary geologist Dr. Cynthia Phillips, they have only seen one part of Europa at the resolution they have today. “Europa Clipper will increase that immensely,” said Dr. Phillips, referring to the spacecraft that will be sent towards the moon in a search for alien life that will take place sometime within the decade. The reprocessed images will help scientists prepare for the said mission.

In related news, it was previously reported that the agency’s Juno spacecraft was able to snap a photo of the black hole found on Jupiter back in 2019. NASA scientists Sean Doran and Gerald Eichstadt have since dubbed it as “Jupiter’s abyss” and have yet to figure out what exactly is the swirling black hole found on the gas giant. The so-called abyss was surrounded by high altitude clouds, according to the agency in a statement.