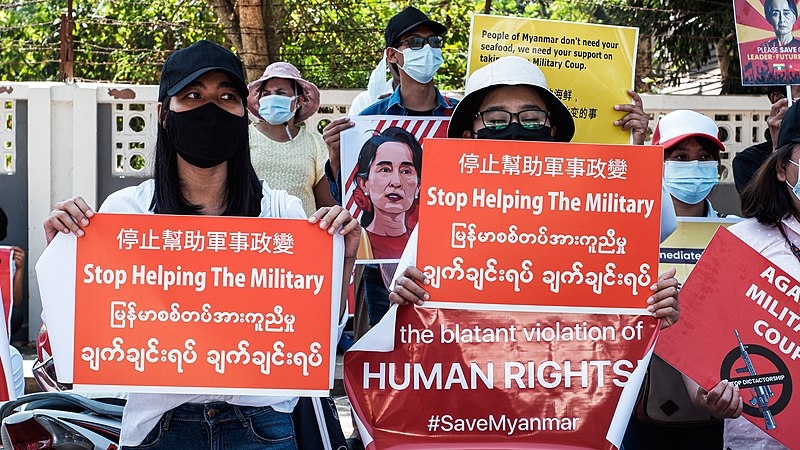 The military junta in Myanmar had held ousted leader Aung San Suu Kyi on alleged corruption charges when the generals seized power in a coup last year. A representative for the ASEAN regional bloc has urged the junta to give Suu Kyi leniency, not to give her prison time.

Reuters reports that the special representative for ASEAN in the unrest happening in Myanmar, Cambodian foreign minister Prak Sokhonn urged the generals in his letter to give Suu Kyi leniency ahead of his visit to the country this week.

This would mark Sokhonn’s second trip to Myanmar as part of the peace commitment with the military with the ASEAN bloc.

“Aung San Suu Kyi is regarded internationally and by many in Myanmar as having a critical role in your country’s return to normalcy and national reconciliation through a peaceful political solution,” said Sokhonn, who faced criticism back in March for visiting the country and meeting with the junta which was perceived as favoring the military and overlooking those who oppose the coup.

In his letter, Sokhonn said he understood the backlash he received. Sokhonn added that a peaceful peace process could only be successful if both sides are acknowledged.

“A peaceful political resolution to a conflict, no matter how complex it is, must involve the sharing of political space by all involved,” wrote Sokhonn.

Suu Kyi was recently moved to a prison in the capital Naypyidaw and kept in solitary confinement. Suu Kyi has also denied any wrongdoing in the charges made against her by the junta.

The ASEAN regional bloc is divided on the issue of how to approach the situation so far.

But according to the United Nations’ Special Rapporteur on Human Rights, Tom Andrews, the regional group should rethink how it should approach the crisis in Myanmar while calling on the UN member countries to either formally or informally engage with the country’s National Unity Government in order to assist in its humanitarian situation.

This comes as there has been little progress with the peace agreement made between Myanmar and the group of Southeast Asian countries. Andrews explained that the group should heed the call of Malaysia on the situation.